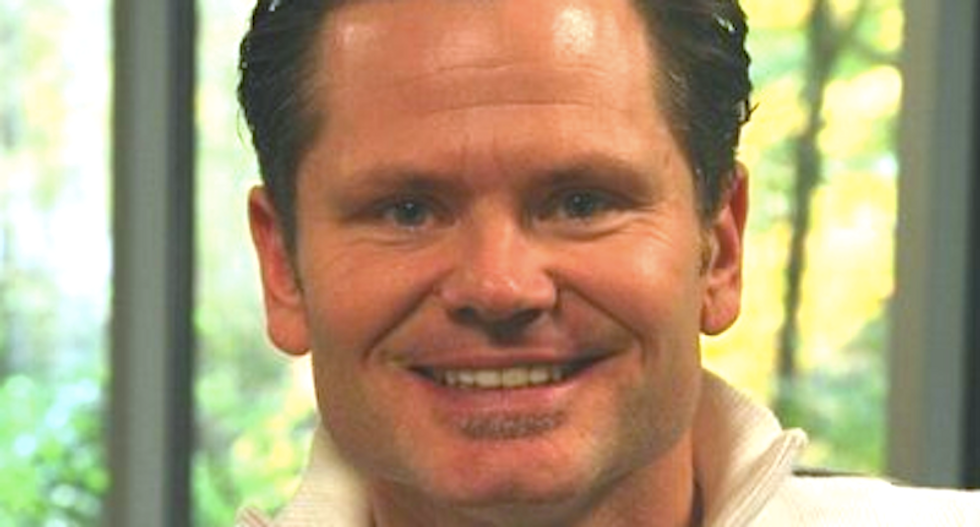 An Ohio youth basketball coach shocked recreation league officials with his reaction to his team getting banned for wearing racist jerseys.

Cincinnati Premier Youth Basketball League removed a team from Kings Mills after an opposing team complained about the name of their team and the racist language on the backs of their jerseys, reported the Cincinnati Enquirer.

"It wasn't, 'Hey, we made a mistake, this was kids being kids,'" said parent Tony Rue, who lodged the complaint. "There was no shock from them on what our issue was."

Emails obtained by the newspaper show "Wet Dream Team" coach Walt Gill was unhappy with the league's handling of the decision and asked for a partial refund of fees paid by teen players and their families.

"I really don't feel that this was handled correctly," Gill said in an email to league spokesman Ben Goodyear.

The league spokesman sent an email to parents informing them of the decision to remove the team, whose players wore racist words like "Knee Grow" and "Coon" instead of their names on the back of their jerseys.

Gill insisted the racially charged language was just a variation on the players' surnames, and he griped that the removal was unfair.

"With that, I am going to ask that 65 percent of the money we spent be returned to my team and their parents," Gill wrote. "I wish you luck in your league."

Goodyear said he was taken aback by the request, and he admits his response was "fiery."

"Sir, you can discuss payment with your coordinator," Goodyear wrote. "Coon is a racist term not a variation of (the juvenile's name)."

"I just could not believe that any adult would want to argue or try to justify this behavior,” Goodyear said.

It's not clear how long the team -- which had already played four games since Dec. 3 -- wore those jerseys, but a cached version of Gill's now-deleted Twitter account shows him promoting the "Wet Dream Team" social media account on Dec. 18 by retweeting a video of a player whose last name is Kuhn.

A screen capture from that video appears to show the same blue and white jerseys as a Facebook post about the uniforms that got the team banned.

Gill ran the team name past a volunteer Kings Knights 7-12 organization coordinator, but she said the coach never asked about the names on the backs of player jerseys.

"I told coach Gill he could not use the team name of 'Wet Dream Team,'" said Charrise Middleton, the volunteer coordinator.

Gill has not responded to requests for comment about the jerseys, but he issued a statement that was both an apology and a complaint.

“We sincerely apologize to anyone that was offended by the jerseys,” Gill said. “We offered to cover them up or change, however the league saw fit to remove us and we have accepted that decision.”

A Kings Local School District board member has resigned because his son was involved with the team, and he thought he should be held accountable.

Kerry McKiernan told the school board players didn't mean to hurt anyone, but he said resigning from his position was "the right thing to do."