Ousted aide Scaramucci boasts Trump and daughter Ivanka want him back in the White House: report 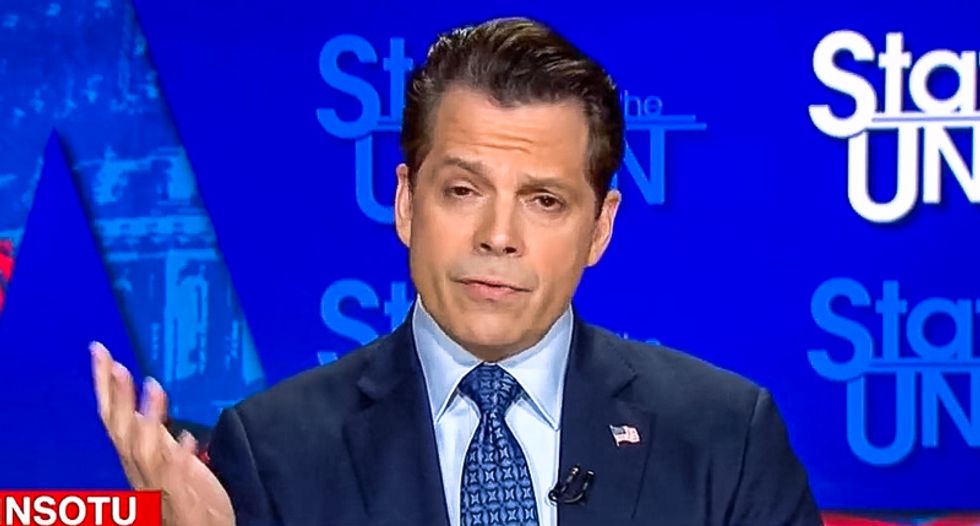 Former White House communications director -- for a week -- Anthony Scaramucci is telling friends that President Donald Trump wants him back at his side in the White House, the Daily Beast is reporting.

According to the report, three sources have confirmed that Scaramucci is privately telling associates that Trump and his family would like his help and that he could be back in Trump's inner circle "imminently."

The report states that Scaramucci, who stepped down from his Wall Street job to head up the White House communications shop only to have to step down after a disastrous first week, still speaks on the phone with Trump frequently.

Scaramucci is reportedly telling his friends that first daughter Ivanka also "misses him," and would like to him back.

The Beast states that White House insiders are questioning the claim allegedly made by the man known as "the Mooch."

“It would amaze and shock me if the president still talks to [Scaramucci] or is considering re-hiring him after what happened,” one senior White House official told the Daily Beast. “And that is coming from someone who works in a place where nothing surprises me anymore.”