Pastor at MLK's church: 'Even if Trump leaves tomorrow, we'll still have to deal with his white evangelical voters' 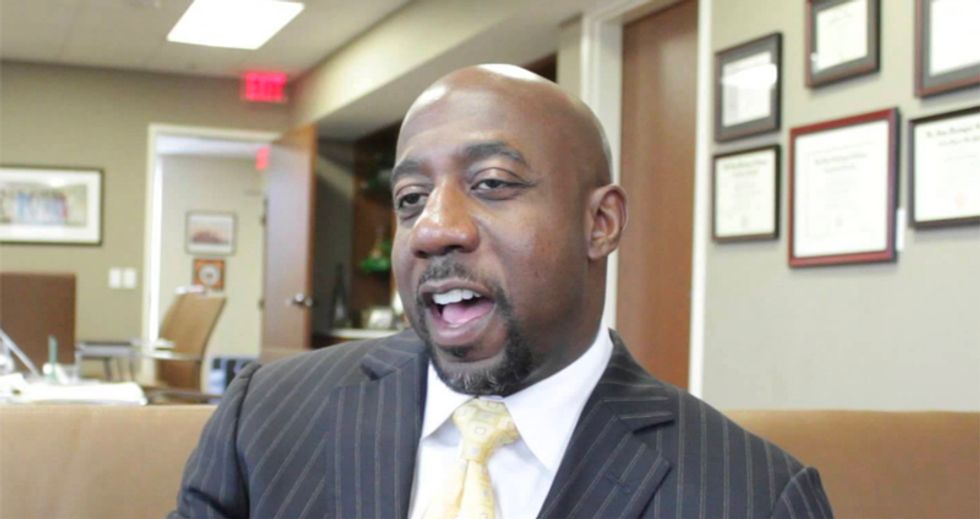 As Americans celebrate a holiday honoring civil rights icon Dr. Martin Luther King Jr., pastors at predominately black churches across the U.S. are concerned that race relations have hit a new low in the wake of the election of President Donald Trump.

According to the New York Times, black churchgoers interviewed on Sunday before the holiday expressed dismay at the path the country has gone down since the election of Trump, with one 94-year old civil rights activist questioning what exactly it is that people believe now.

“I’ve been involved in the civil rights movement since my college days, and I’m not sure I’ve ever been more confused than I am right now,” explained Sterling Tucker, a Washington-based civil rights leader. “There’s not a lot of honesty in the country now about who we are and where we are.”

Others referenced Trump's comments about Haiti and African nations after it was reported that the president called those countries "sh*tholes."

“He said my country was caca,” said Saintalise Briceus, 85, a worshiper at the Miami's Notre Dame d’Haiti Catholic Church, and who came  to the United States in 1978. “I don’t feel good about it. I’m angry. My country is a good country.”

According to Rev. Dr. Raphael G. Warnock, the senior pastor  at Atlanta's  Ebenezer Baptist Church where King was once co-pastor, the problem goes deeper than just the president.

“What we heard was not new; it was a new low,” Dr. Warnock explained. “I had to wrestle with how do I characterize what he said without saying it.”

Warnock also stated that Trump may be a lost cause, saying, "I don’t know that he’s listening, and I don’t know that it matters," before taking a shot at white evangelicals who flocked to Trump despite the president's multiple marriages, abusive demeanor, racist language and admission that he has sexually assaulted women.

“Even if Trump were to leave tomorrow, we still have to deal with the large segment of white evangelicals who voted for Trump," the pastor warned. "My battle is not so much with Trump as it is with Trumpism,” adding that the president is “willfully ignorant, racist, xenophobic.”

"This is not a Confederate uncle that’s locked away in the attic,” said Thabiti Anyabwile, pastor of Washington D.C.'s Anacostia River Church. “This is someone who is making policies, and he’s doing so from an openly racist point of view.”

“The mood? It’s cold, like the weather," the retired school principal lamented. “He is slashing everything that we achieved. Cutting it with a knife. Shredding it to pieces.”

You can read the whole report here