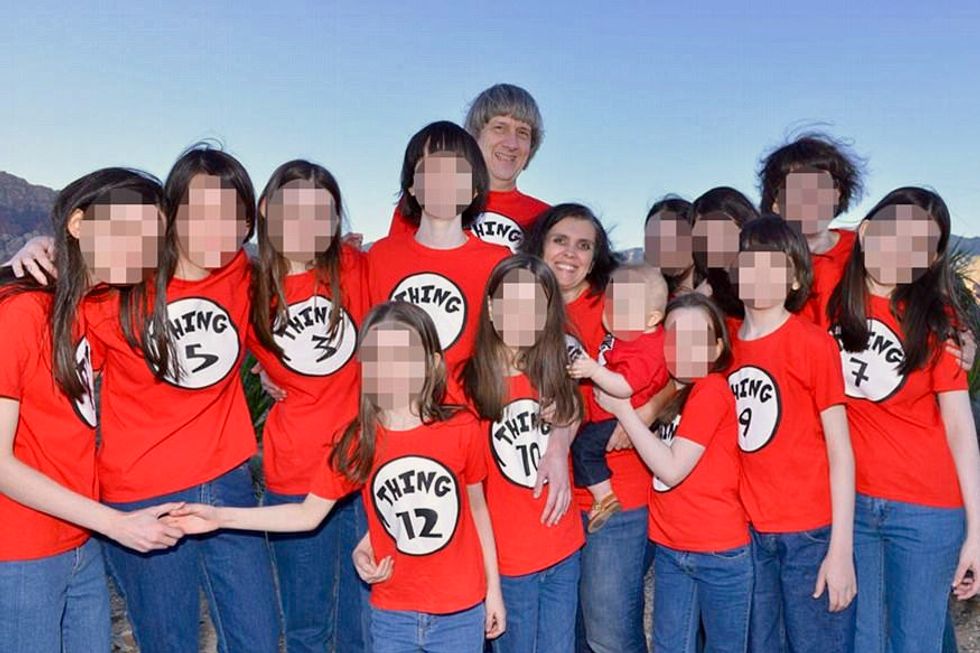 Investigators on Wednesday conducted an exhaustive search of the foul-smelling, filthy tract home east of Los Angeles where a California couple are accused of keeping captive and nearly starving 13 minor and adult children, police said.

David Turpin, 57, and Louise Turpin, 49, were set to go before a judge in Riverside County on Thursday on charges of torture and child endangerment in the case, which came to light over the weekend after a 17-year-old girl escaped through a window and alerted police.

"We have investigators on scene, combing through everything they can find for additional evidence," Riverside Sheriff's Deputy Mike Vasquez said by telephone. "They're trying to gather more information that may assist them in providing a full description of what was going on there.

"The whole house is a crime scene," he added.

Officers raided the house in the small city of Perris, about 70 miles (113 km) east of Los Angeles, on Sunday after the 17-year-old, whose name was not released, called the 911 emergency number on a cellphone. She was so small and emaciated, officers at first thought she was about 10 years old.

On Wednesday, police and prosecutors prepared for the arraignment of each parent on nine counts of torture and 10 counts of child endangerment.

The couple is accused of keeping 13 offspring, ages 2 to 29, in filthy and fetid conditions, chaining some to their beds and giving them so little food the adult children were initially mistaken for minors, police said. They are believed to be the couple's biological children, Vasquez said.

Neighbors and family members have offered little insight into the couple's motivations or actions. Experts have said it may have been easier for the parents to shield their children from scrutiny because they were home-schooled.

Reached by telephone Wednesday at the West Virginia home of David Turpin's parents, his mother, Betty Turpin, said she was busy preparing paperwork and entering information into a computer to help her son. She said the family had engaged an attorney, who advised them not to speak about the case.

On Tuesday, Louise Turpin's sister, Teresa Robinette, told NBC News in Knoxville, Tennessee, that she was not aware of the conditions at the family's California home.

"We always thought she was living the perfect life," Robinette said of her sister. "She would tell us they went to Disneyland all the time. They would go to Vegas."