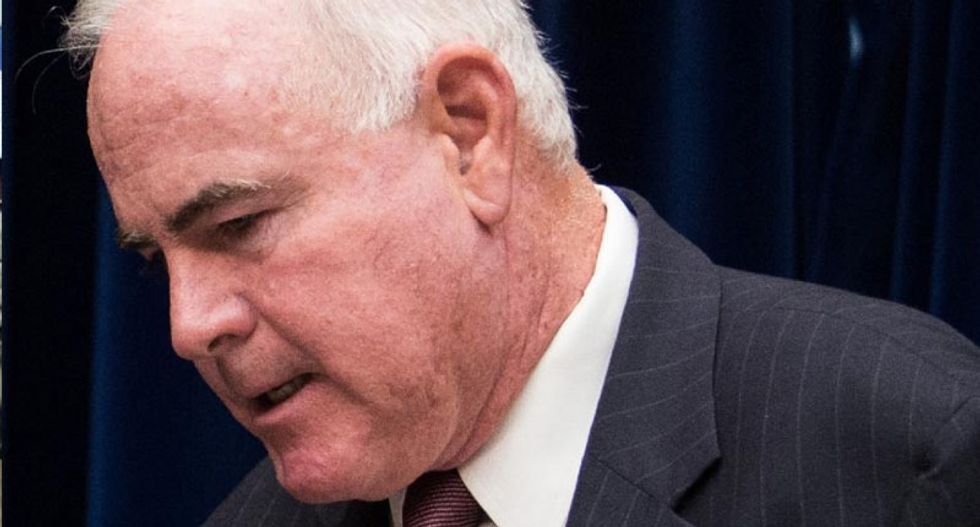 Ryan told Meehan to repay whatever taxpayer funds were used to settle the case, the speaker's spokeswoman, AshLee Strong, said in a statement.

Reports by the Times and other news media did not further specify how much public money was spent.

Meehan, a Republican congressman from Pennsylvania, denied allegations of inappropriate behavior brought against him by a employee, his spokesman, John Elizandro, said in a statement on Saturday.

However, Strong said, "though Mr. Meehan has denied the allegations, they must be fully and immediately investigated by the House Ethics Committee."

Meehan requested that the congressional attorneys handling the case ask the complainant's counsel to release all parties from their confidentiality requirements to ensure a full and open airing of all the facts, Elizandro said.

The allegations were the latest in a lengthy series of accusations by women and men who say they were victimized by high-powered men in entertainment, the news media and government, including producer Harvey Weinstein and "Today" show host Matt Lauer.

Meehan was removed from the Ethics Committee on the same day that hundreds of thousands of women and their male supporters marched on the first anniversary of President Donald Trump's inauguration, partly spurred by the #MeToo and #TimesUp social media campaigns decrying sexual miconduct and harasment.

Two other congressmen, Democrat Ruben Kihuen and Republican Blake Farenthold, have said they will not seek re-election next year.

(Reporting by Mike Stone in Washington; Editing by Jonathan Oatis)