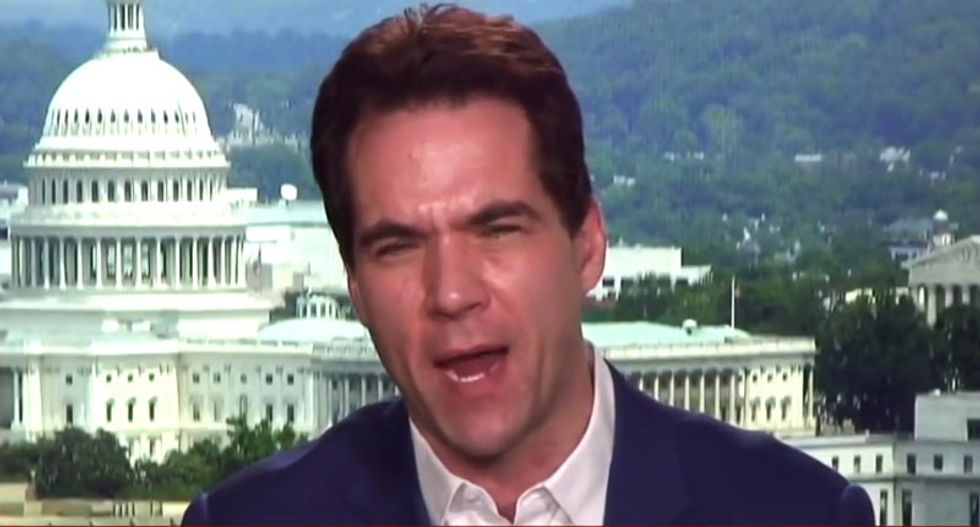 A Republican lobbyist best known for fueling a conspiracy theory about the death of a Democratic National Committee staffer was attacked with pepper spray outside his home in a Washington suburb, police and his publicist said on Wednesday.

Jack Burkman, who also hosts the "Behind the Curtain" show on conservative Radio America, was assaulted on Tuesday night by a man in a dark-colored sports utility vehicle parked in the driveway of the lobbyist's Arlington, Virginia, home, according to a police crime report.

As Burkman approached his house, the man "exited the vehicle and sprayed the victim (with) a caustic substance before fleeing the scene" in the car, the report said. His publicist, Adam Farragut, said the substance was pepper spray.

The attacker was described as a white man wearing a mask and black jacket, and police were investigating, the report said.

Burkman was treated by medics at the scene. A statement from Farragut said the lobbyist suffered burns to the face and was also struck on the head.

The attack came just hours after Burkman had issued a statement criticizing U.S. District Judge Amy Berman Jackson, who is overseeing the case in Washington against Rick Gates, a former campaign aide to President Donald Trump, the publicist's statement said.

Gates and Paul Manafort, Trump's former campaign manager, have been indicted by a federal grand jury convened by Special Counsel Robert Mueller on charges that include conspiracy to launder money and making false statements.

Both have pleaded not guilty. Burkman hosted a fundraiser for Gates for legal fees in December.

Burkman is perhaps best known for keeping the 2016 killing of Democratic National Committee staffer Seth Rich in Washington in the news. Rich's murder became fodder for a conspiracy theory in conservative media, though Washington police have said the slaying was part of a robbery gone wrong.