Sen. Tammy Duckworth will be the first sitting US senator to give birth 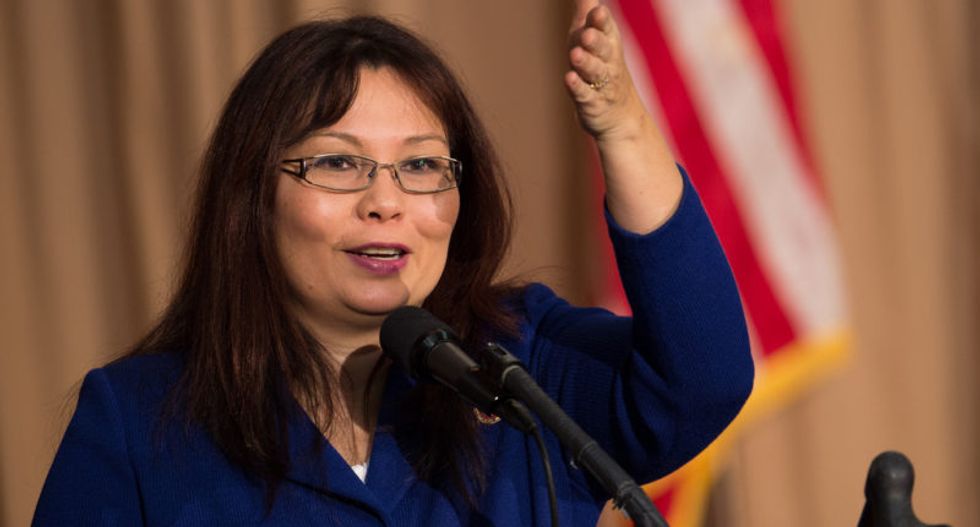 On Tuesday, Sen. Tammy Duckworth (D-IL) announced her pregnancy — and that she will become the first sitting senator to give birth.

The Chicago Sun-Times reported the happy news, and noted that Duckworth will join just ten other women who've given birth while in office, and will be the first senator to do so.

Duckworth is due in April with her second child, a girl that will be born just a few weeks after her fiftieth birthday. The senator joined the ranks of the other women who'd given birth while sitting in Congress when she had her first daughter, Abigail, in 2014.

Famous for losing both her legs while serving as an Army lieutenant colonel in Iraq in 2004, Duckworth said she had a miscarriage in 2016 during her Senate campaign.