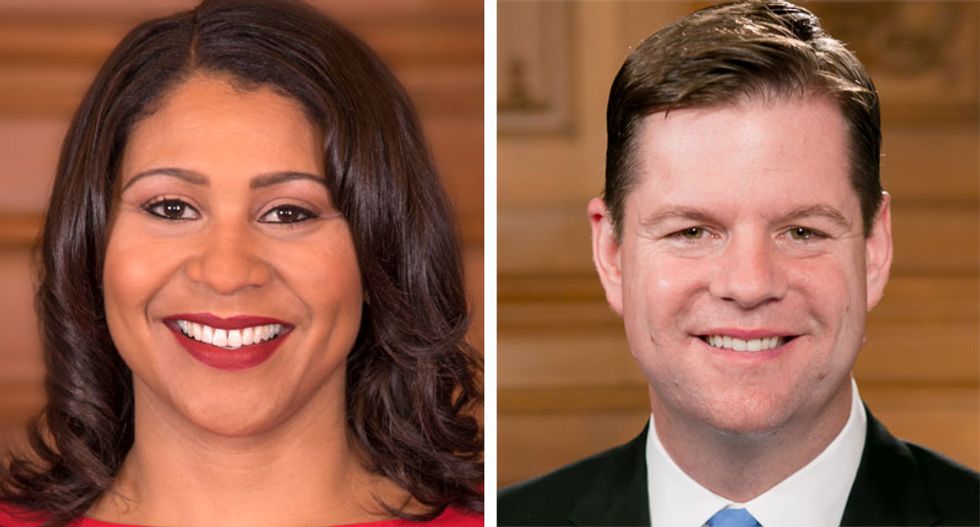 Interim mayor London Breed, a black female who ascended upon Lee's death, was passed over for Supervisor Mark Farrell, a white male who represents the neighborhoods of Pacific Heights and Cow Hollow.

“I heard the emotion in the room — I was there as well, I felt it also,” Mayor Farrell acknowledged.

The San Francisco Chronicle reported that activists chanted "shame on you" before the vote. The June election to fill the seat of Lee will be the first competitive mayoral race in the city since 2003.

"The optics here are so bad they border on evil. Breed’s incensed supporters shouted down the proceedings for a good 10 minutes; the room was cleared and, after the meeting was subsequently curtailed, the supes were escorted back to their offices by sheriff’s deputies," Eskanazi reported.

"There’s a saying in politics that when you’re explaining, you’re losing," Eskanazi explained. "Quintuple that when a Caucasian person attempts to explain to Breed’s largely black, largely female — and extraordinarily fervent — backers that what happened tonight wasn’t racist and regressive."

In San Francisco, the only worse optics may be a politician who sides with billionaire political investor Ron Conway.

Supervisor Aaron Peskin explained, "the more Ron Conway openly became the kingmaker for London, the more people like me who have come to respect her and work with her very well became more and more reticent."

The Board of Supervisors vote on interim mayor was interrupted by protesters.