'This is like Spinal Tap': CNN panel ridicules Trump demand for only red and pink Starburst candies 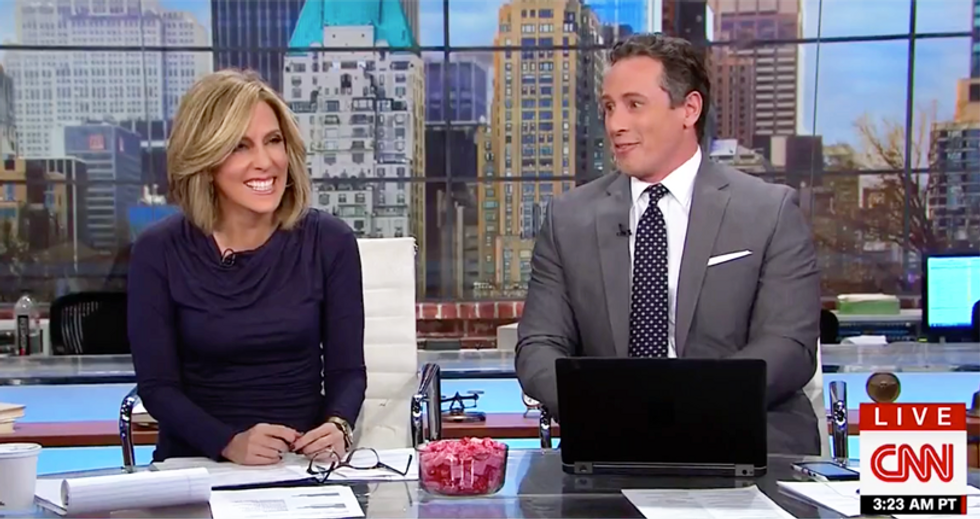 A CNN panel reacted with smirks and laughter on Tuesday morning over a report that President Donald Trump loves House Majority Leader Kevin McCarthy (R-CA) because he makes sure that Trump is supplied with favorite red and strawberry Starburst candies - which are the only ones he will eat.

According to a Washington Post report, McCarthy learned about Trump's love of Starburst last fall when he was alone with the president in his suite aboard Air Force One, stating, “We’re there, having a little dessert, and he offers me some. Just the red and the pink."

Noting Trump will eat only the cherry and strawberry candies, the GOP leader tasked one of his staffers with picking through Starburst packs and pulling the pink and red ones out as a gift to the picky president.

CNN co-hosts Chris Cuomo and Alysin Camerota rolled their eyes and laughed at McCarthy's method of sucking up to the president.

"It's breakfast time and I wish we had some fruit because I do consider Starbursts a fruit group," Camerota quipped before making a reference to a Reagan-era controversy. "Ketchup is a vegetable and Starbursts are a fruit. So the president apparently loves the pink and red Starbursts only."

"He prefers those to Starbursts from Central and South America and Africa," co-host Cuomo smirked.

"So, congressman Kevin McCarthy went to the trouble of buying a bunch of Starbursts and doing sort of a homemade craft project," Camerota explained with co-host Cuomo adding, "Don't forget -- your tax dollars at work."

"He got his staff to buy a bunch of Starbursts," CNN contributor John Avlon added while laughing. "And some poor dude's job was to sort through and take out everything except pink and red."

"So House Majority Leader Kevin McCarthy and his staff went through and took out all those nasty yellow and orange ones," Cuomo inserted.

"This is like Spinal Tap's rider," Avlon added, recalling the popular cult film, "only green M&M's."

"Here's the part, "Camerota stated, "Congressman McCarthy has figured out the way to the president's heart: Starbursts. And he sent over a jar with his name, his own name, Kevin McCarthy, on the side so when the president reaches for one he can remember. And guess what? It's working. He and Kevin McCarthy do seem to have a bromance right now."