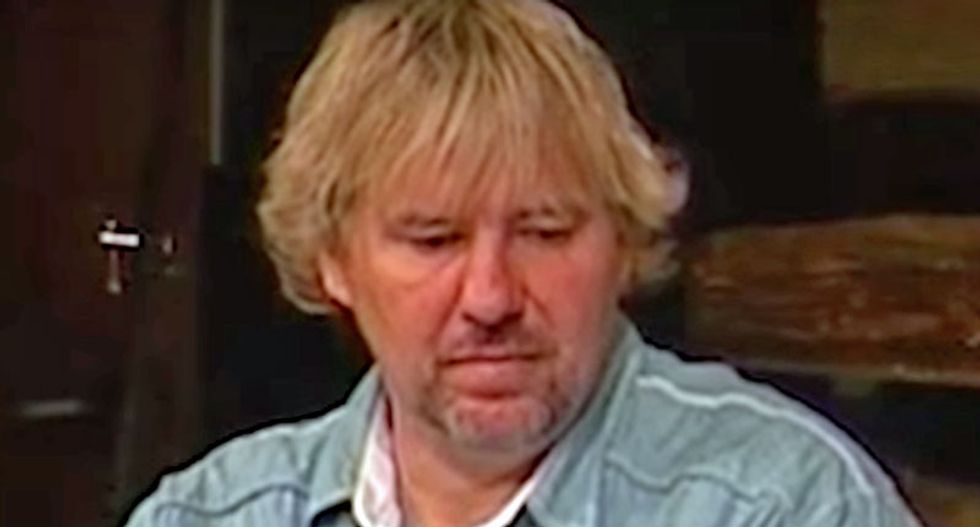 Pastor John Bishop in a Youtube video on holding grudges.

The pastor recently ousted from the Vancouver "Kmart church" he founded pleaded not guilty to federal drug charges after U.S. Customs and Border Protection agents allegedly found over 280 pounds of marijuana in his gray Volkswagen Jetta, The Columbian reports.

Pastor John Bishop, 54, was the lead pastor of the Living Hope Church, which occupies a former big box store building.

Bishop reportedly told the border patrol agents he was driving to Chula Vista, California when he was stopped while re-entering America through the port of entry in San Ysidro, California.

Court documents claim the Jetta contained 105 packages of marijuana, weighing 281.88 pounds. Packages were hidden in the bumpers, seats, dashboard and a wheel well.

"The arrest marked a spectacular fall for one of Clark County’s most dynamic and successful clergymen," The Columbian reported. "A petition for legal separation filed by Bishop’s wife, Michelle, on Jan. 2 in Clark County Superior Court states that he now lives in San Diego, California — where his release documents say his travel is restricted to — and asked the court to find that their marriage ended Dec. 11, the same day he was arrested."

The arrest came only weeks before California legalized recreational marijuana at the start of 2018.

In 2015, Rev. Bishop stepped down as senior pastor, saying he planned to seek alcohol abuse treatment and potential marriage counseling.

“I hurt a lot of people, and I want to make myself better,” Bishop told The Columbian upon stepping down. “The church is struggling right now because people are mad.”

“I got tired. I got exhausted," Bishop claimed. "I made some bad choices.”