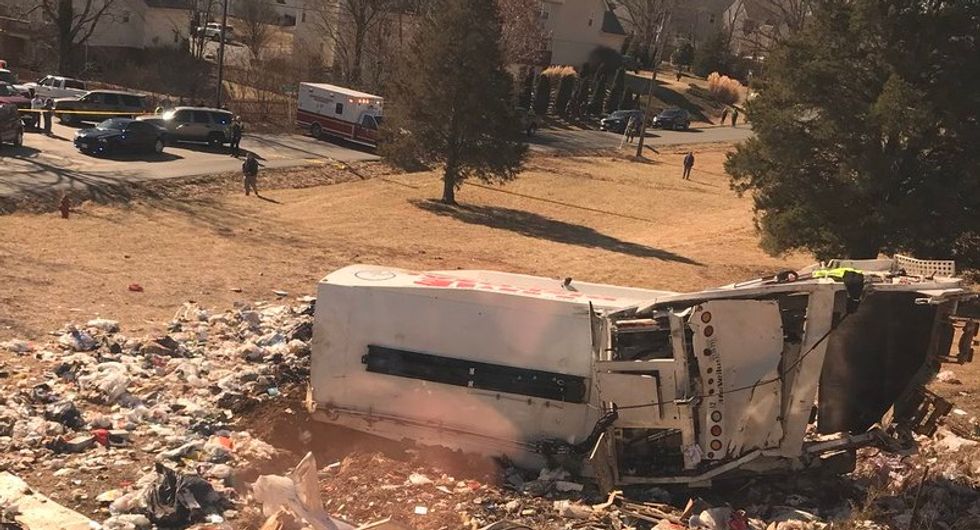 A train that is carrying Republican lawmakers to a retreat has been stopped after it crashed into what one witness described as "some kind of dump truck." One death has been reported.

A Republican source on the train tells the Washington Examiner's Philip Wegmann that the train is sitting on tracks after it crashed into the truck. The source also says that only minor injuries have been reported so far.

A source tells CNN that the crash occurred while the lawmakers were on their way to a party retreat that is set to take place at the Greenbrier resort in West Virginia. CNN's source also confirmed that lawmakers and aides only suffered "small injuries" as a result of the accident.

Watch CNN's report on the crash below.