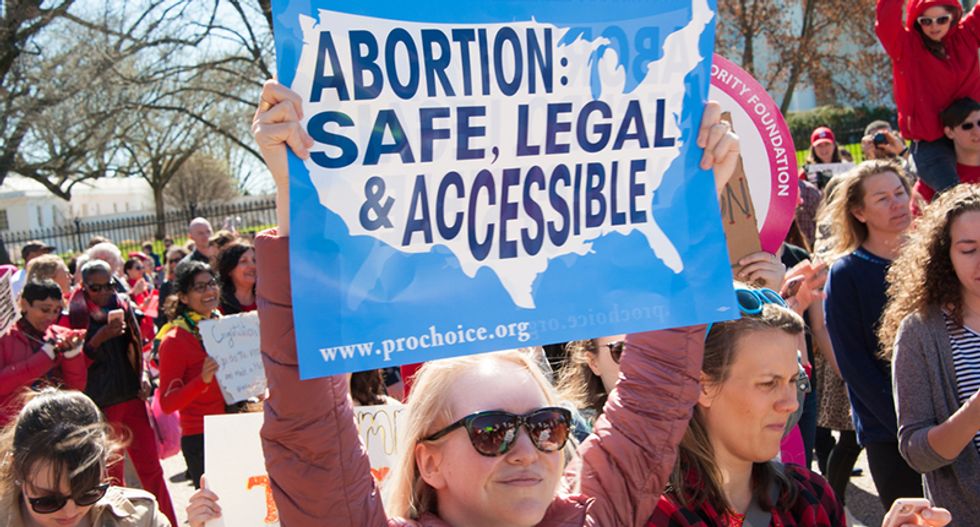 On Sunday, the federal government released an undocumented teenager just days after she filed a complaint accusing President Donald Trump's administration of detaining her against her will and preventing her from obtaining a safe and legal abortion.

Vice News' Carter Sherman said that the girl -- known in court documents as "Jane Moe" -- filed paperwork on Thursday accusing the Office of Refugee Resettlement of refusing to allow her to seek treatment to terminate an unintended pregnancy.

On Friday the Trump administration announced that it would release Jane Moe to the care of a sponsor on Jan. 29, but the release appears to have gone through ahead of schedule.

Jane Moe, 17, is the fourth girl to accuse the Trump administration of blocking timely access to abortion services. In each case, courts have sided with the girls.

"While we are relieved that Jane Moe is reunited with her sponsor, the government blocked her from her abortion for more than two weeks, before deliberately moving her out of their custody only when we filed to take them to court,” said American Civil Liberties Union (ACLU) staff attorney Brigitte Amiri in a statement.

Amiri continued, "We continue to pursue all avenues to ensure that no other young woman like her is forced to continue a pregnancy against her will for purely political reasons.”

This week, anti-choice activist and far-right Christian Teresa Manning abruptly left her post at the Trump administration's Department of Health and Human Services (DHHS). Manning was reportedly escorted from the building by security personnel.