US marshal killed in Pennsylvania while arresting suspect 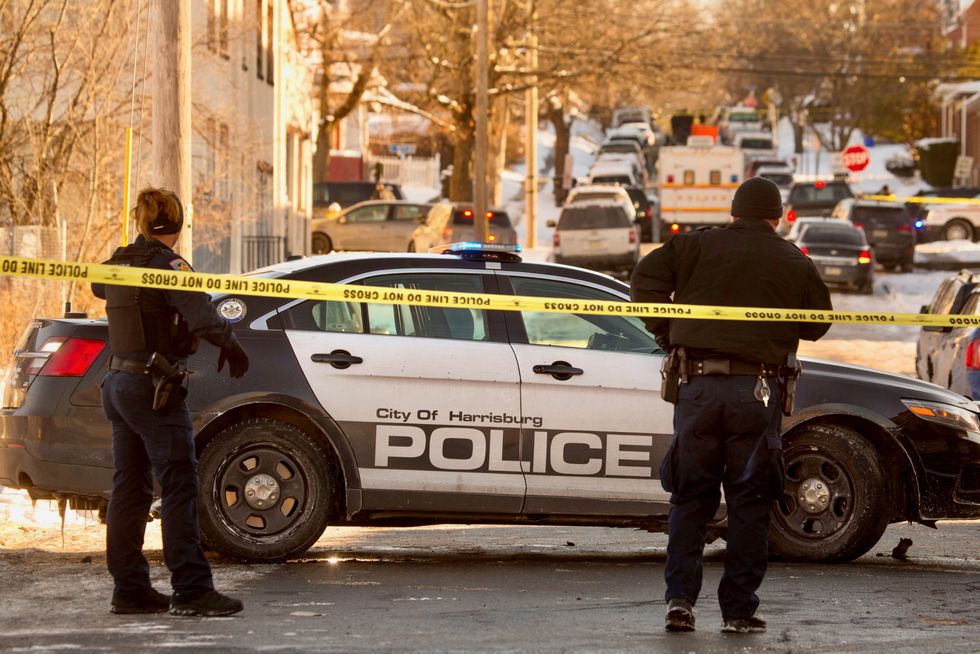 A deputy U.S. marshal helping police to arrest a woman in a Harrisburg home was shot and killed on Thursday by a man who was with her, federal officials said.

The marshal accompanied police officers to serve an arrest warrant on Shayla Lynette Towles Pierce in the Pennsylvania capital, the U.S. Marshals Service said. Pierce, who was wanted for making threats, was not hurt and remains in custody.

One of the police officers was wounded but expected to survive.

The arresting officers found Pierce on the second floor with two children and managed to get her in handcuffs, David Freed, the U.S. attorney in Harrisburg, told reporters. A man with a handgun then appeared and began shooting at the officers, who wore body armor.

The shooter then went out the front door and began shooting at officers outside. The man was killed by return fire.

The man was not identified, and officials said they were still establishing his relationship with Pierce.

The marshal, who died at a nearby hospital, was identified as Christopher David Hill by the U.S. Marshals Service. He was 45, married with two children, and had been in the service for 11 years.

Pierce was wanted by Harrisburg police for "terroristic threat offenses" with a gun. Pennsylvania law defines the crime as threatening violence with "the intent to terrorize another."

The statement did not provide specifics of the charges behind the arrest warrant.

Initial reports that there were two wounded police officers and that the suspect herself was wounded were incorrect, officials said.