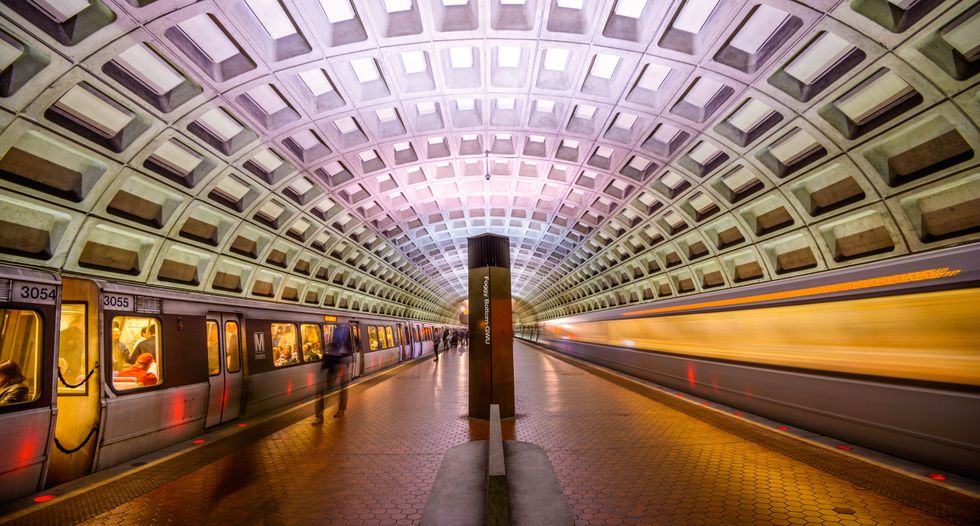 A Washington D.C. subway train derailed early Monday, but none of the 60 passengers aboard were injured on the transportation system which federal regulators have ordered to improve its safety record.

Investigators believe the derailment was caused by a break in the rail, the subway system said in a statement. Four of the seven cars passed the location without incident and three derailed.

Service resumed later Monday with trains running on a single track. The system said that slower service along a single track was likely to continue Tuesday morning.

In May 2016, then U.S. Transportation Secretary Anthony Foxx said he considered ordering a shutdown of Washington’s troubled subway. Federal officials ordered Metro to tighten safety standards because of a 2016 fire.

Washington’s Metro subway system is the second busiest in the United States with about 700,000 passengers daily, and had been put under direct federal watch in October for safety lapses.

The National Transportation Safety Board said in 2015 an investigation had found little improvement in WMATA’s safety oversight since a 2009 Metrorail accident that killed nine people.

In the past 35 years, the NTSB had conducted 11 investigations into WMATA rail accidents that have killed a total of 18 people. A woman died and more than 80 were made ill in January 2015 when a train became stranded in a smoky tunnel.

The DC subway system has vowed to improve safety and in March 2016 closed for 29 hours for emergency safety checks as part of an effort to quickly complete a backlog of safety improvements.

(Reporting by David Shepardson in Detroit; Editing by Chizu Nomiyama and Lisa Shumaker)