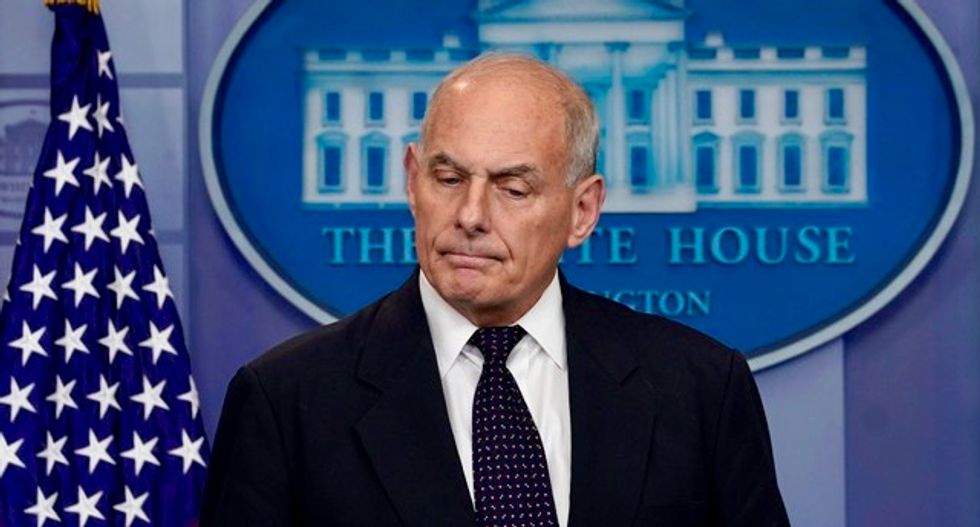 "It will be released here pretty quick, I think, and then the whole world can see it," Kelly said in an interview on Fox News Radio, adding that he has seen the four-page document and that White House lawyers are currently reviewing it.

Kelly's comments follow Trump's response to a Republican lawmaker after his State of the Union speech on Tuesday that suggested there was a "100 percent chance" the memo would be made public.

Justice Department officials reportedly advised Kelly on Monday against releasing the memo on grounds it could jeopardize classified information.

The memo has become a lightning rod in a bitter partisan fight over the FBI during ongoing probes into alleged Russian meddling in the 2016 U.S. election and any possible collusion by Trump's campaign.

Republicans, who blocked an effort to release a counterpoint memo by Democrats on the panel, say the document shows anti-Trump bias by the FBI and the Justice Department in seeking a warrant to conduct an intelligence eavesdropping operation.

Democrats have said the memo selectively uses highly classified materials and is misleading in an effort to discredit Special Counsel Robert Mueller, who is leading the Justice Department's Russia probe.

The House panel voted along partisan lines earlier this week to release the memo under a rule that had never been invoked before. Trump has until the weekend to decide whether to make it public.