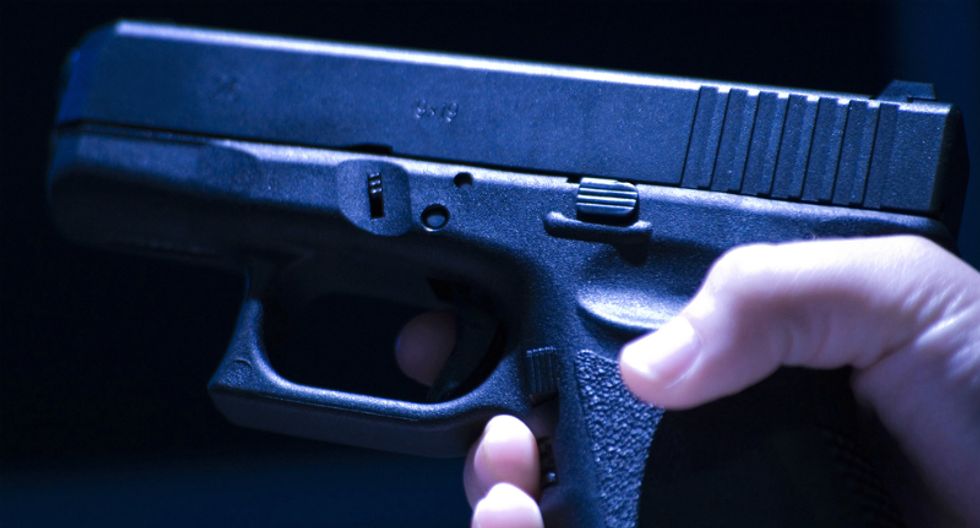 A person's hand holding a gun. Image via Shutterstock.

A white man in upstate South Carolina was shot in the head earlier this week after using a racial slur to describe Martin Luther King Jr. on the day honoring the Civil Rights icon's legacy.

As the Anderson Independent Mail reported, 60-year-old white man Jimmy Duval Jr. said he was shot by a black man after the former disparaged the holiday named for King.

Duvall admitted he'd been "drinking and smoking marijuana" on MLK Day, and after he said the slur aloud, "a black man pulled a gun from his waistband and shot him."

The 60-year-old "had a 3-inch wound over his left eye in the shape of a crescent moon," according to the incident report obtained by the Independent Mail. A spokesperson for the local sheriff's office said Duvall's injuries weren't life-threatening.