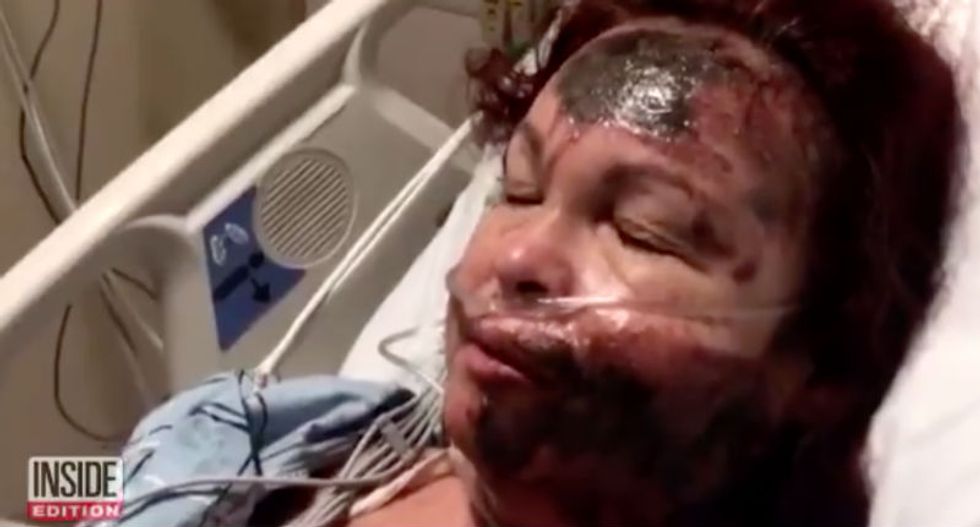 Staten Island resident Lizzie Dunn after she sprayed acid on her own face and blamed it on a stranger. Image via screengrab.

A white woman in Staten Island, New York made false claims that a black woman she didn't know sprayed her in the face with sulfuric acid — only to recant and admit she sprayed herself.

Inside Edition reported that Lizzie Dunn, a resident of the outer borough, claimed she was attacked earlier in the week at her bus stop by a black woman in her 40's to whom she denied cigarettes and money.

With her face burning from the acid, she stumbled into a deli near the stop, causing a major panic inside the establishment and in the neighborhood. Soon after, local news outlets picked up the story about the acid-spraying stranger before Dunn recanted.

Police told the New York Daily News that the Staten Island woman "has a history of self-harm," and her deception was revealed after they began pressing her for more details on her attack claims.

Dunn "suffered second-degree burns on the left side of her face and scalp," the report noted. It remains unclear whether or not police will charge her with filing a false police report.

How much hatred must you have of Black people to do this to yourself?