'You foreign c**t, it's my country': Watch racist man harass train passengers with a flood of profanities 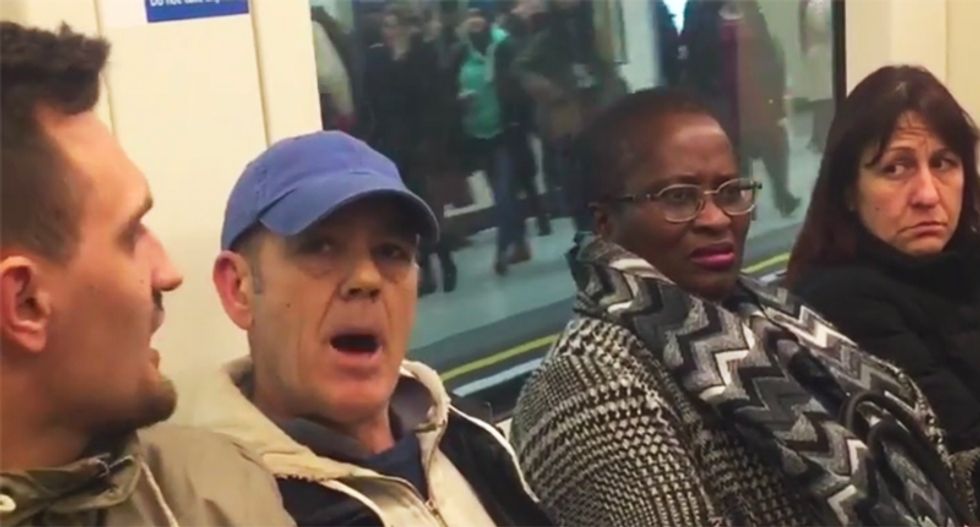 In video captured by a London tube passenger, a man seated between a black woman and a man trying to calm him down launched into a racist rant when asked to quit cursing in front of children and other passengers.

According to The Sun, the video was captured by passenger Chris Zverblis who claimed the verbal assault occurred last Friday.

In the clip, the man abuses foreign passengers, telling them "It's my f*cking country and I can say what I want," before calling the man sitting next to him a "foreign c**t."

In one exchange, that man threatens another passenger saying he'll follow him off the train, telling him: "I'll get off after you and I'll f*cking show you, you'll see"."

In the video, the man who is the subject of most of the abuse is escorted away from the ranting man who gets up and follows him, looming over his victim and continuing to shout a continuous stream of profanity.

He then returns to his seat, interspersing reading his paper with more shouting more abuse at his fellow passengers.