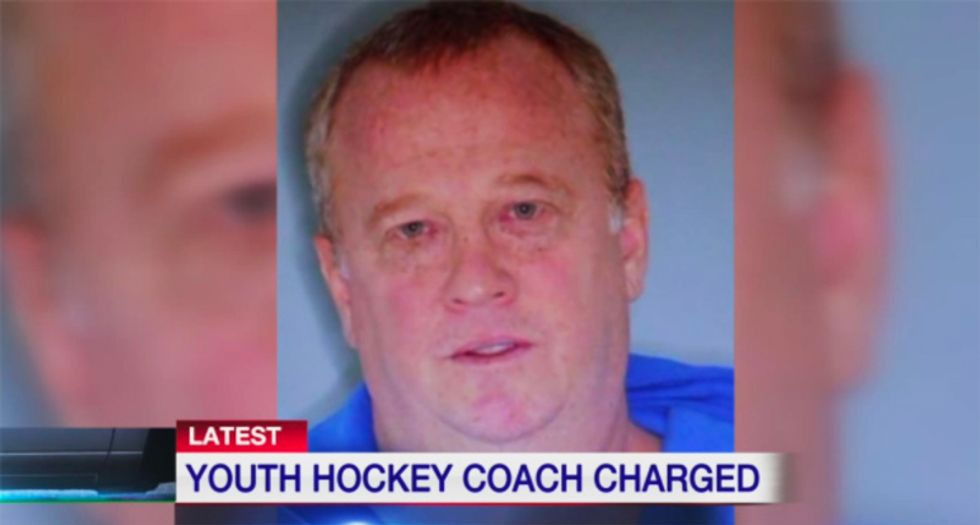 A youth hockey coach and agent to several National Hockey League stars has been arrested and charged with assault after he attacked the father of a another player at an 8-and-under tournament in Niagara Falls in front of the kids.

According to Buffalo News, Wulkan, 49, of Amherst, was taken into custody after the altercation that began over use of locker room for the kids that led to Wulkan grabbing another dad by the throat and choking him before he was pulled off by other parents.

"Wulkan was allegedly upset that two teams were using the same locker room and began shouting and throwing items in view of the players," reads the Niagara Falls police report, that includes an off-duty officer verifying the attack while also in the locker room.

According to the witnessing officer, Wulkan demanded players from the opposing team move to one side of the room and when they didn't move fast enough, he became abusive which led to his victim to calling him out.

"The children complied, however, they were not moving fast enough for Mike (it appeared)," Detective Todd N. Faddoul wrote, saying the victim finished getting his son dressed, before telling Wulkan, he was "out of line," after he threw an equipment bag across the room.

"At that point, [Wulkan] reached out and grabbed [the victim] by the throat" before several parents and other Amherst coaches intervened, the detective reported.

Wulkan has been charged with criminal obstruction of breathing, a misdemeanor, and second-degree harassment, a violation after turning himself in on Thursday and then being released after pleading innocent.