Anti-China bill being softened after US companies complain 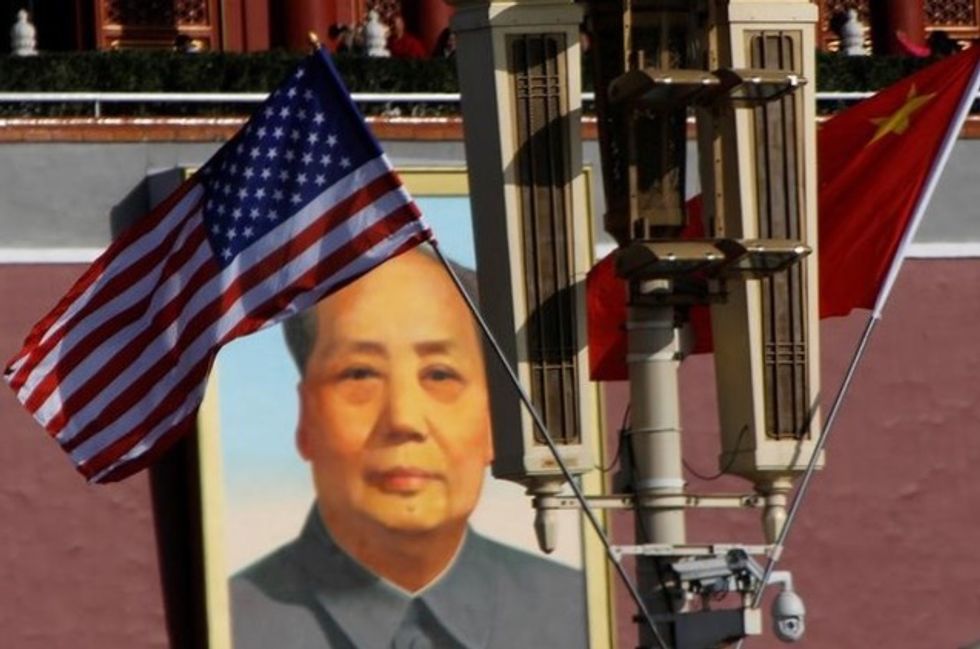 U.S. and China's flags flutter in front of a portrait of late Chinese Chairman Mao Zedong at the Tiananmen gate in a file photo. REUTERS/Damir Sagolj

Proposed legislation in Congress aimed at preventing China from acquiring sensitive technology is being softened after protests by big U.S. companies who fear a loss in sales, four people with knowledge of the matter said this week.

Two bills in the House of Representatives and Senate would broaden the powers of the inter-agency Committee on Foreign Investment in the United States (CFIUS) in hopes of stopping Chinese efforts to acquire sophisticated U.S. technology. The bipartisan legislation has the support of President Donald Trump's administration.

"We are concerned that it vastly expands the scope and jurisdiction (of CFIUS)," said Nancy McLernon, chief executive of the Organization for International Investment, a group that represents global companies with U.S. operations.

Given the alarm that the legislation has caused, Senator John Cornyn's staff is drafting changes to address industry concerns, according to three sources. Cornyn's office did not respond to a request for comment.

CFIUS currently looks at foreign acquisitions of U.S. companies or stock transactions that may hurt national security. The bill would broaden its power, some critics say, to the point where it would scrutinize some commercial sales.

CFIUS has become increasingly skeptical of high-tech deals involving China in particular and has blocked transactions that would have given it access to sophisticated semiconductors or data of American citizens. (http://reut.rs/2CjTImS)

It has become more cautious since Trump was inaugurated a year ago amid growing political and economic tensions between the United States and China.

"This is a very high priority. We're spending a lot of time on it," said Josh Kallmer, senior vice president of global policy at the Information Technology Industry Council. ITIC members include Google parent Alphabet, Facebook, IBM, Intel, Qualcomm and a long list of other hardware and software companies.

One is that foreign investment can be scrutinized by CFIUS if it relates to "critical technology" or a "critical infrastructure" company, terms industry representatives said create uncertainty and give regulators too much leeway on which deals they choose to scrutinize.

"We need some guardrails around the definitions to make sure we don't thwart foreign direct investments," said McLernon of OFII.

Other industry groups want the industries under scrutiny by CFIUS spelled out, for example, robotics or artificial intelligence.

The other concern is CFIUS' expanded powers would include reviewing sales of high-tech equipment or software licenses, duplicating the current export control regulations and adding uncertainty to the sales process.

The two changes would require an already overburdened panel to add untold numbers of transactions to its workload and create delays that would make it hard for U.S. companies to compete with non-U.S. rivals, critics said.

Two potential fixes are that lawmakers could either identify the "critical technologies" in the bill to narrow the number of companies whose sales would go before CFIUS. Or those paragraphs could be removed and the technologies at issue be monitored instead by U.S. government agencies that enforce export control rules.

The bills, introduced in November by Republicans Cornyn and Representative Robert Pittenger, have Republican and Democratic co-sponsors.

Companies affected by the legislation did not see the language of the bills until they were introduced and, in any case, were focusing their lobbying efforts on tax reform before moving to the CFIUS legislation.

The legislation would expand CFIUS' reach to allow it to review, and potentially reject, smaller investments and add new national security factors for CFIUS to consider. Those factors include whether information about Americans, such as Social Security numbers, would be exposed as part of the transaction or whether the deal would facilitate fraud.