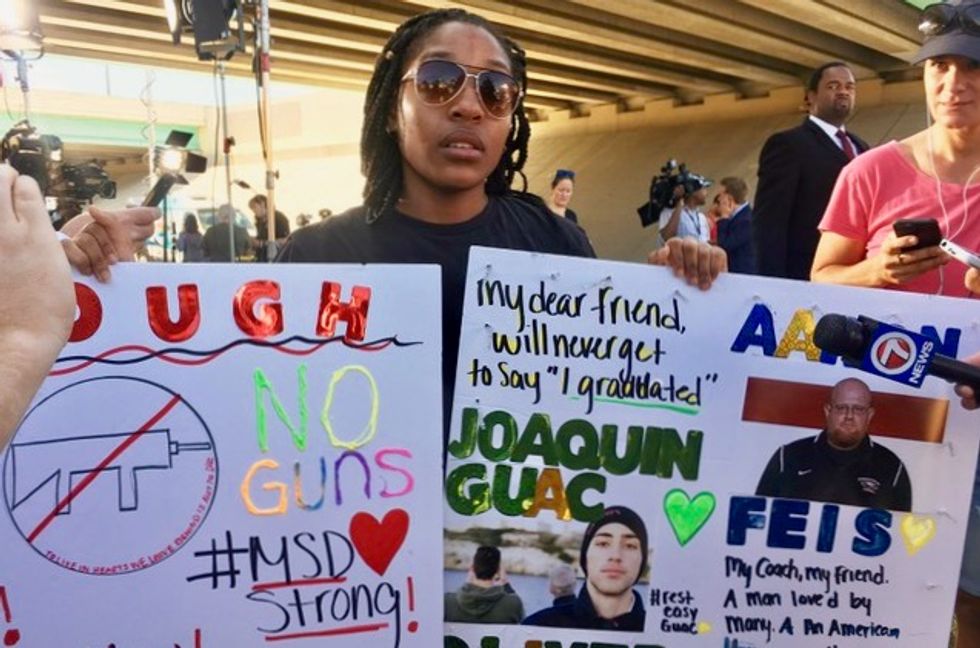 A beloved assistant football coach who acted as a human shield to save others was among the 17 people killed in South Florida when a gunman opened fire this week in the second-deadliest shooting ever at a public school in the United States.

The suspect, a former student and gun lover who had been expelled from Marjory Stoneman Douglas High School in Parkland, was charged on Thursday with 17 counts of premeditated murder, a day after the massacre.

Following are profiles of some of the victims, whose names were not officially released but whose loved ones posted memorials on social media:

Altruism and courage are what drove Feis, an assistant football coach, to give his life to save others, the local sheriff and others said.

“The kids in this community loved him, they adored him ... He was killed tragically, inhumanely, he did it protecting others,” Broward County Sheriff Scott Israel told a news conference. In a tweet, the high school football team said: "He selflessly shielded students from the shooter when he was shot. He died a hero."

A favorite teacher known for his selflessness, Beigel was seen trying to lock his classroom door to protect his students when he was killed, pupil Kelsey Friend told local media. She texted her mother as Beigel lay bleeding, "My teacher's on the ground!" her mother told local media.

Like his father before him, Hixon was a wrestling coach who inspired all of the school's athletic teams to give their best, according to the South Florida Sun-Sentinel newspaper. As a result, under Hixon's leadership, the Eagle's baseball team won a state and national championship in 2016.

Talented dancer Guttenberg, a freshman, was a graceful as a gazelle while delighting her dance teachers with an impish sense of humor, according to Facebook posts. "Dance in Heaven beautiful girl," posted mentor Michelle McGrath Gerlick.

Brotherly love seemed to infuse the life of Martin Duque, who local media described as a 14-year-old freshman whose older brother Miguel graduated from Douglas High last year. Alongside an Instagram photograph of the brothers embracing in a handshake, Miguel wrote: "Words can not describe my pain ... I love brother Martin you’ll be missed buddy.”

The school's Color Guard was made that much brighter when 14-year-old Montalto joined the squad, her instructors said on social media. "She was a smart, loving, caring and strong girl who brightened any room she entered," her mother said on Facebook.

An outstanding student, Schentrup distinguished herself in her senior year as a 2018 National Merit Scholar semifinalist.

Dworet was a star athlete. His love and mastery of swimming landed him a scholarship to the University of Indianapolis, according to a tweet from @ggreenwald.