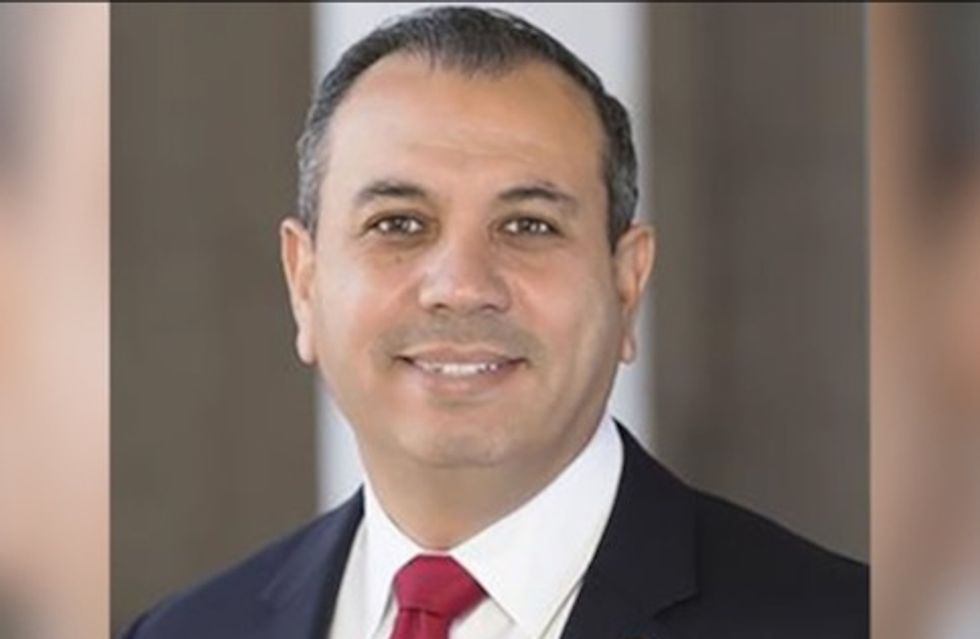 A California state senator accused of engaging in "unwelcome flirtation and sexually suggestive behavior" with several women, including subordinates, resigned on Thursday as colleagues were due to vote on whether he should be expelled.

Tony Mendoza, a Los Angeles-area lawmaker, became the third member of the California legislature, all Democrats, to resign over allegations of sexual misconduct since the #MeToo movement took root last fall, toppling powerful men in politics, the media and other realms of American life.

His resignation came two days after the Senate Rules Committee released a summary of an independent investigative report prepared by two law firms finding it "more likely than not" that Mendoza had made unwanted advances toward six women, four of whom worked for him.

The alleged instances of "unwelcome flirtation and sexually suggestive behavior" occurred over the past decade, during Mendoza's tenure as a state Assembly member, from 2006 to 2012, and as a senator, from 2014 to the present.

"None of these women alleged they had a sexual relationship with Mendoza or that he had been physically aggressive or sexually crude towards them," the report said. "However, the recipients of this unwelcome behavior understood that Mendoza was suggesting sexual contact."

In his resignation letter, Mendoza said he was "immensely sorry if my words or actions ever made anyone feel uncomfortable." He said the findings of the Senate investigation "do not comport with my recollection or perception of the events described."

Mendoza, 46, has categorically denied serving alcohol to anyone under age, as was alleged by one 19-year-old intern. He also has accused Senate leaders, including Senate President Pro Tem Kevin de Leon, of denying him due process in what Mendoza called "a secret investigation of my case."

Mendoza had taken a leave of absence in January after allegations against him first surfaced, and that leave was extended for 60 days by the Rules Committee without his consent.

He stepped down as the Senate was expected to consider a resolution introduced by de Leon that sought to expel Mendoza, citing the conclusions of the investigation and the body's zero-tolerance policy toward sexual harassment.

The last time the California Senate expelled any of its members was in 1905, when four senators accused of taking bribes were voted out, according to legislative historian cited by the Sacramento Bee.

(Writing and additional reporting by Steve Gorman in Los Angeles)