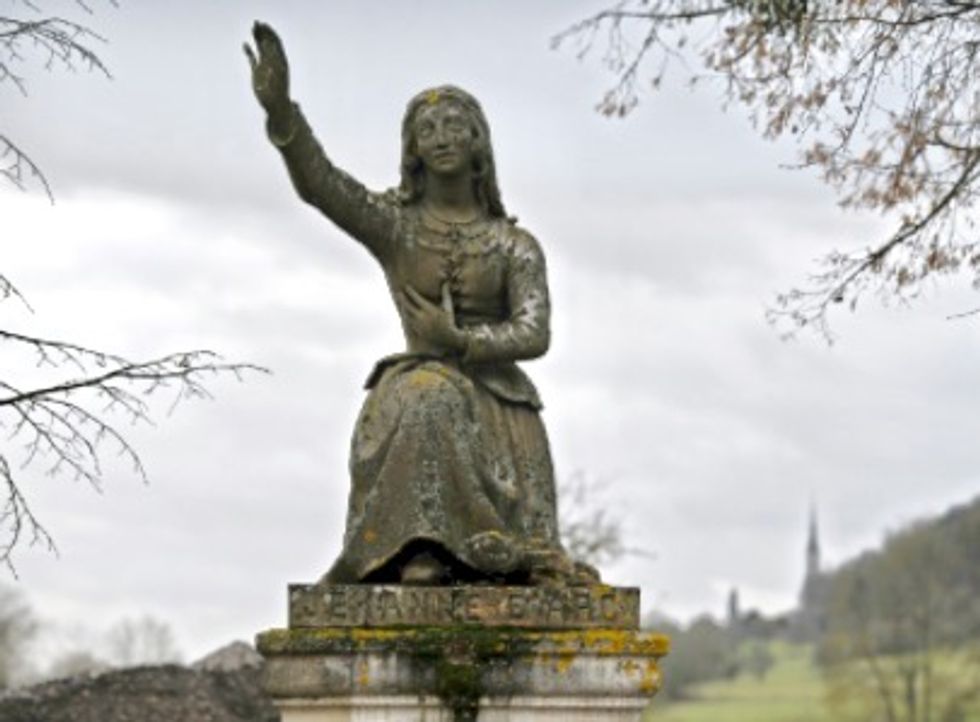 The French city of Orleans has for the first time named a mixed-race teenager to play folk heroine Joan of Arc for annual festivities, prompting a torrent of racist abuse from far-right social media users.

Mathilde Edey Gamassou was chosen among 250 girls Monday to play Joan for a spring festival marking the victory of the Catholic warrior saint in breaking the English siege of Orleans in 1429.

The 17-year-old, whose father is from Benin and whose mother is Polish, is set to ride horseback through the central city dressed in armour for an annual celebration dating back nearly six centuries.

But the announcement has been met with a flurry of posts on Twitter and on far-right websites branding her nomination an exercise in "diversity propaganda" and an attempt to re-write French history.

"Joan of Arc was white," read one Twitter post. "We are white and proud of being white, don't change our history."

Another comment, on anti-Muslim site Resistance Republicaine, complained: "Next year, Joan of Arc will be in a burqa."

Women's equality minister Marlene Schiappa stepped into the row on Wednesday, offering her support to the student.

"The racist hatred of fascists has no place in the French republic," she tweeted.

Benedicte Baranger, president of the committee in charge of picking a girl for the honour, said she was saddened by some of the reactions.

"This girl was chosen for who she is, an interesting person and a lively spirit," Baranger said.

"She responds to our four criteria -- a resident of Orleans for 10 years, a student in an Orleans high school, and a Catholic who gives her time to others.

"She will deliver our French history to everyone, as have previous Joans before her."

"In 2018 as for 589 years, the people of Orleans will celebrate Joan of Arc played by a young woman who shows her courage, faith and vision," he wrote on Twitter.

"Mathilde has all these qualities."

Aside from her school work, Gamassou is a student of opera at the prestigious Orleans Conservatory and is learning to fence.

The end of the brutal six-month Siege of Orleans was a turning point in the Hundred Years War between France and England and the first major French victory.

Over the course of the war between 1337 and 1453, England lost nearly all its territories on the other side of the channel.

Joan of Arc, who was burned alive at the stake in 1431, is a heroine for many in France but is particularly venerated by the far-right as a symbol of national resistance.