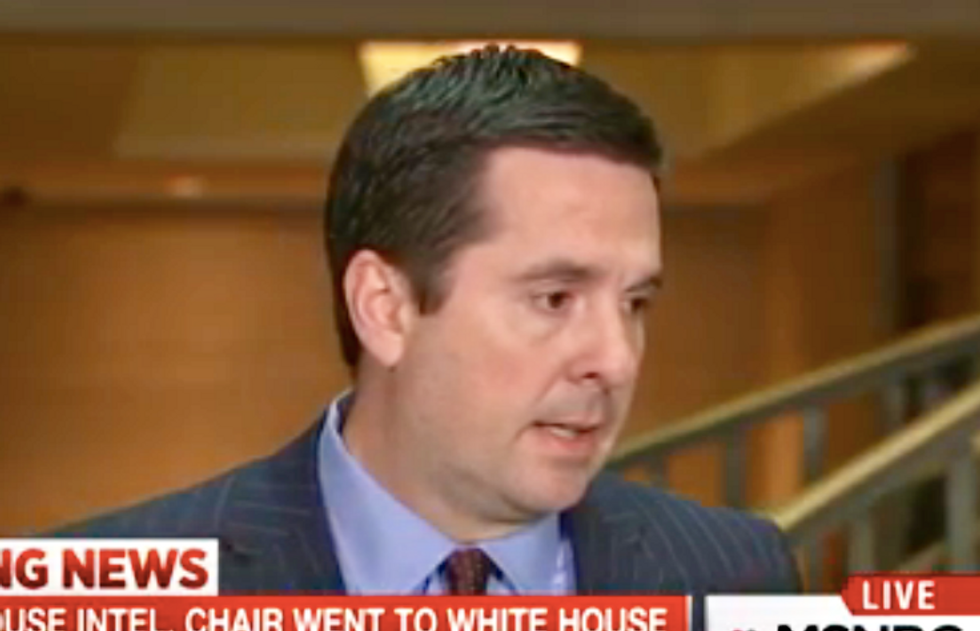 The FBI Agents Association on Friday slammed the “partisan politics” surrounding the release of Devin Nunes’ controversial memo after the House Intelligence Committee published the document over the objections from leading law enforcement officials and members of Congress.

“The men and women of the FBI put their lives on the line every day in the fight against terrorists and criminals because of their dedication to our country and the Constitution,” the organization’s president Thomas O’Connor said.

“The American people should know that they continue to be well-served by the world’s preeminent law enforcement agency,” he added. “FBI Special Agents have not, and will not, allow partisan politics to distract us from our solemn commitment to our mission.”

Donald Trump on Friday accused “top leadership and investigators of the FBI and the Justice Department” of “[politicizing] the sacred investigative process in favor of Democrats.” He added the “rank and file are great people!”

Trump’s criticism came after FBI Director Christopher Wray—the president’s own pick to lead the bureau—on Thursday said he has “grave concerns about material omissions of fact that fundamentally impact the memo's accuracy.”