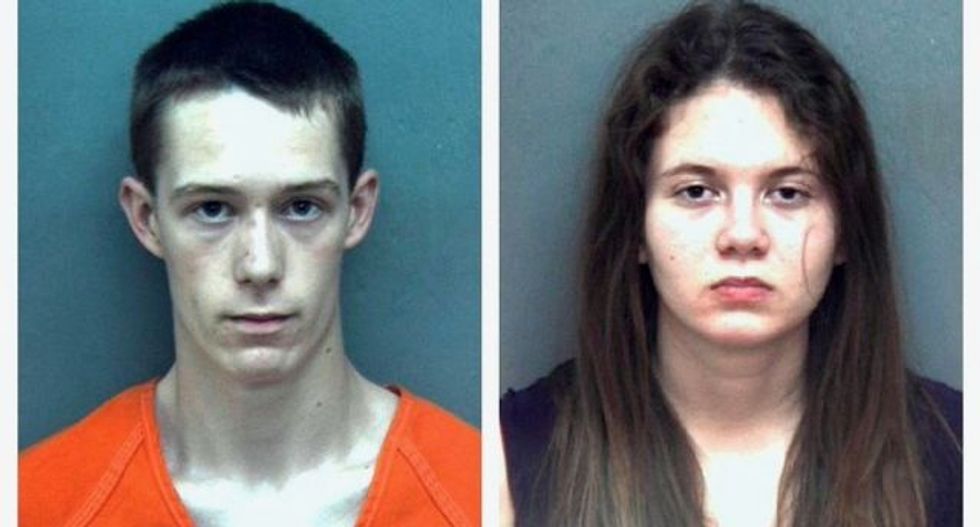 A former Virginia Tech student was convicted of kidnapping and murdering a 13-year-old girl after telling the judge overseeing his trial that he wanted to enter a plea of no contest on Friday, a local prosecutor said.

David Eisenhauer, 19, was convicted of abducting, killing and concealing the body of middle-school student Nicole Lovell in January 2016, according to Mary Pettitt, the chief prosecutor in Montgomery County, Virginia. He faces a sentence of up to life in prison.

Lovell's body was found stabbed by a rural North Carolina roadside, about 90 miles south of her hometown of Blacksburg. She had disappeared four days earlier from Blacksburg, where Virginia Tech is located, and the crime left the university and local community reeling.

Eisenhauer may have had an inappropriate relationship with Lovell, the Washington Post has reported. Lovell told a friend she planned to run away with Eisenhauer and start a family, the Post reported.

Under Virginia law, a defendant can plead no contest without admitting to the crime if the defendant agrees that the prosecutor has enough evidence that the court return a guilty verdict. It is treated the same as a guilty plea for conviction and sentencing.

A second former Virginia Polytechnic Institute student, Natalie Keepers, who is charged with being Eisenhauer's accomplice and helping to conceal Lovell's body faces trial later this year after pleading not guilty.

Keepers, 20, became friends with Eisenhauer, a fellow engineering student, before Lovell's abduction, according to police in Blacksburg. Keepers also faces life in prison if convicted.

In brief, emotional remarks made after the hearing on Friday, Lovell's mother, Tammy Weeks, said she was blessed to raise a "bright and beautiful girl."

"We fought every fight together but this last one," Weeks said, clutching a tissue.

Crossman, the Democratic nominee for attorney general this November, said the GOP commissioners had “recklessly failed to perform a duty expressly imposed by law with respect to the public servant’s office” and alleged “interference with civil rights.”

Fulton County District Attorney Fani Willis is expected to take dozens of subpoenas to a grand jury investigating the efforts by supporters of Donald Trump to overturn the election in Georgia, which was won by Joe Biden.

"As many as 50 witnesses are expected to be subpoenaed by a special grand jury that will begin hearing testimony next week in the criminal investigation into whether former President Donald J. Trump and his allies violated Georgia laws in their efforts to overturn his 2020 election loss in the state," The New York Times reported Friday.