'Get these ni****rs on the bus!": Wisconsin high school busted over racist chants for second month in a row 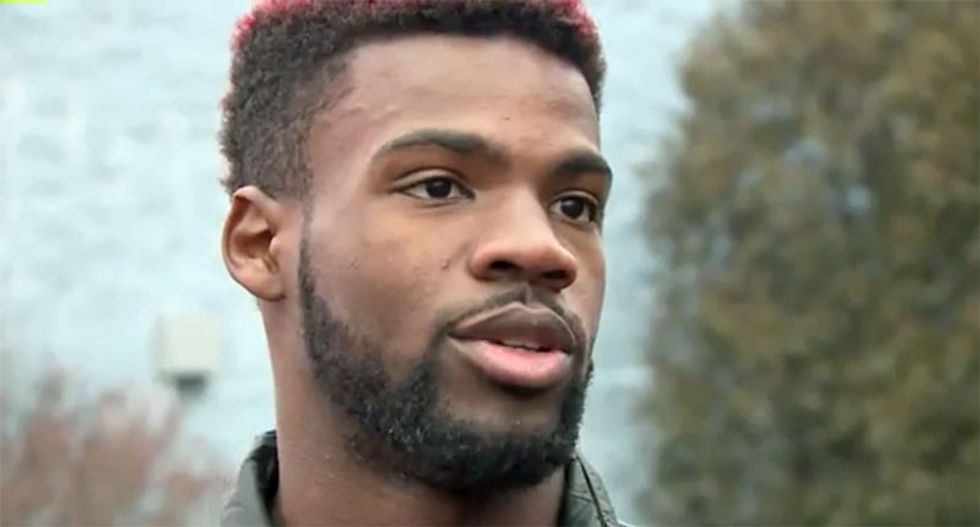 For the second time in a month, a Wisconsin high school is being protested for racism directed at students of color.

According to the report, students from Horlick High School in Racine had traveled to Franklin, Wisconsin for a basketball game Friday night and were greeted with abusive chants during the game.

"I felt so disrespected out of what they had done," Horlick varsity basketball player Stephon Chapmon explained. "As I was shooting, they started making the monkey noises and it like threw me like completely off."

"We all felt disrespected," his teammate, Marquise Milton, added.

"Franklin High School administration is investigating a complaint that inappropriate and racist conduct occurred during a boys’ basketball game last night and have been in contact with Racine Horlick leadership today," the school district said in a statement. "An administrator immediately responded to the spectator complaint and a student in question was removed from the gymnasium. This matter remains under investigation."

"Franklin Public Schools does not tolerate discriminatory or harassing conduct by students at school, at school sponsored activities and events, or otherwise," the district claimed.

At the time of the segregated water fountain scandal, former student Amber Ariel Smith said it was part of a pattern at the school.