When children learn about news like the deadly school shooting that claimed more than a dozen lives on Feb. 14, 2018 in Broward County, Florida, a logical question for them to ask is: Will the same thing happen to me?

As researchers and clinicians who have studied the problem of violence over the past three decades, we have witnessed a steady increase in levels of children’s exposure to violence and its damaging effect on their mental health.

How does this exposure affect the mental health of children and adolescents? And how should we handle the increased fear and insecurity that results from such events? 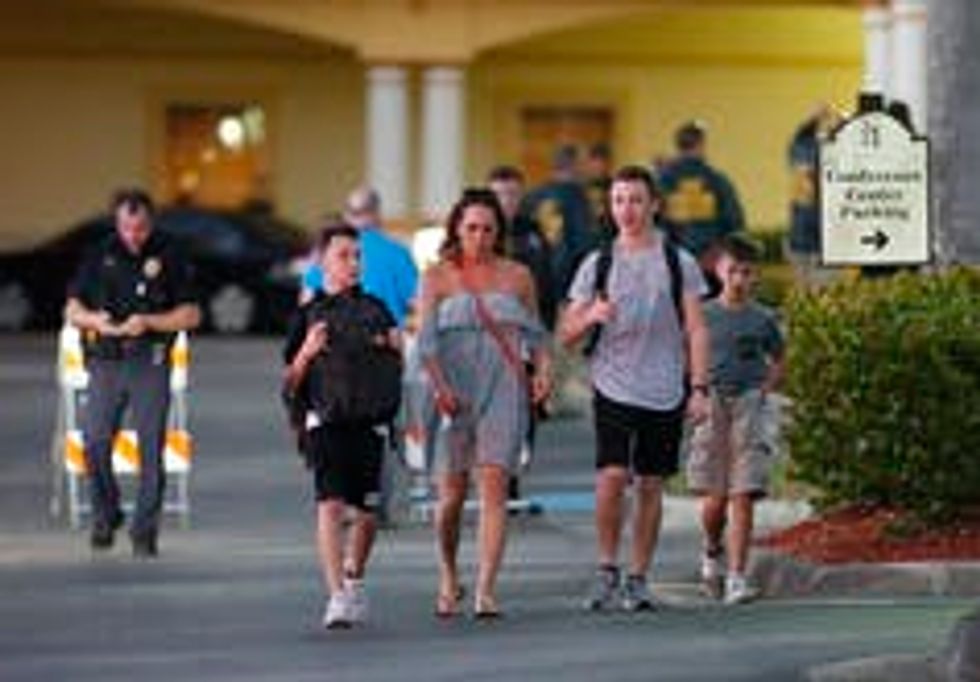 Relatives pick up students of Marjory Stoneman Douglas High School on Feb. 14, 2018, after a former student fatally shot multiple people at the school.

Today, children use many different forms of media at unprecedented levels – 92 percent of teens go online daily and 24 percent are online constantly. As a result, even when violence happens in another part of the country, children can be exposed to the event and its consequences immediately, intensely and repeatedly.

In addition to what they see in the news or on social media, children could witness or be victims of violence in many other ways. For example, when we surveyed high school students, between 13 and 45 percent reported they had been beaten up at school. Between 23 and 82 percent said they had witnessed someone else being beaten up at school in the past year.

Shootings in and around schools have been a regular occurrence in recent years.

Here is what happens to children

Children who report high levels of exposure to violence either as witness or victim report the highest levels of depression, anger and anxiety.

Our study with children in grades three to eight who witnessed someone being hit, slapped or punched found that 12 percent of these children reported levels of anxiety that could require treatment.

Similarly, six months after the Sept. 11, 2001 terrorist attacks, a survey of more than 8,000 New York City students in grades four through 12 showed that nearly 30 percent of children reported symptoms of anxiety or depression. 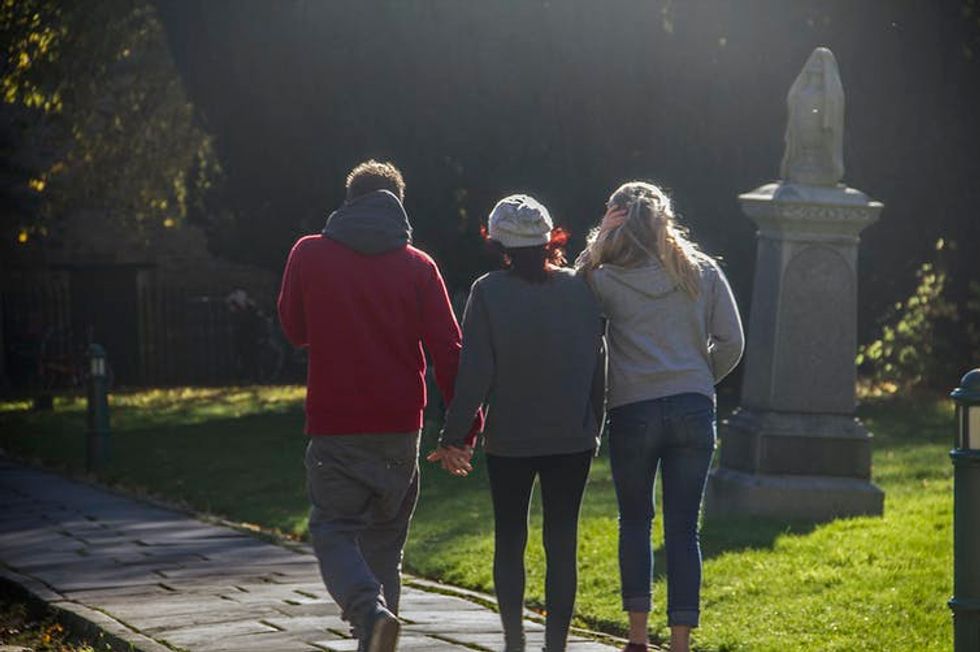 Exposure to violence can have consequences for younger children and adolescents.

Further, such children are also at a risk of perpetrating violence against others.

My research shows that children who witness or are victimized by violence are more aggressive toward others. These children also show problematic levels of post-traumatic stress symptoms.

We have consistently found relationships between violence exposure and trauma symptoms, whether we surveyed children in schools, youth in the community or juveniles who were receiving treatment as a result of diversion from the prison system.

More recent studies have confirmed that high exposure to television violence for children and adolescents is also associated with higher levels of aggression and violent behavior. Exposure to violence shown through media is consistently associated with problem behaviors, such as increases in aggression and anxiety. Children could also end up with lower empathy and compassion for others.

Some children exposed to various forms of media violence – not just television violence but violence on the internet, in movies and in video games – can come to view the world as a mean, scary place where they are not safe and they can do little to protect themselves from harm. This is a particular problem for very young children, such as those under the age of six, who have difficulty distinguishing reality from fantasy. 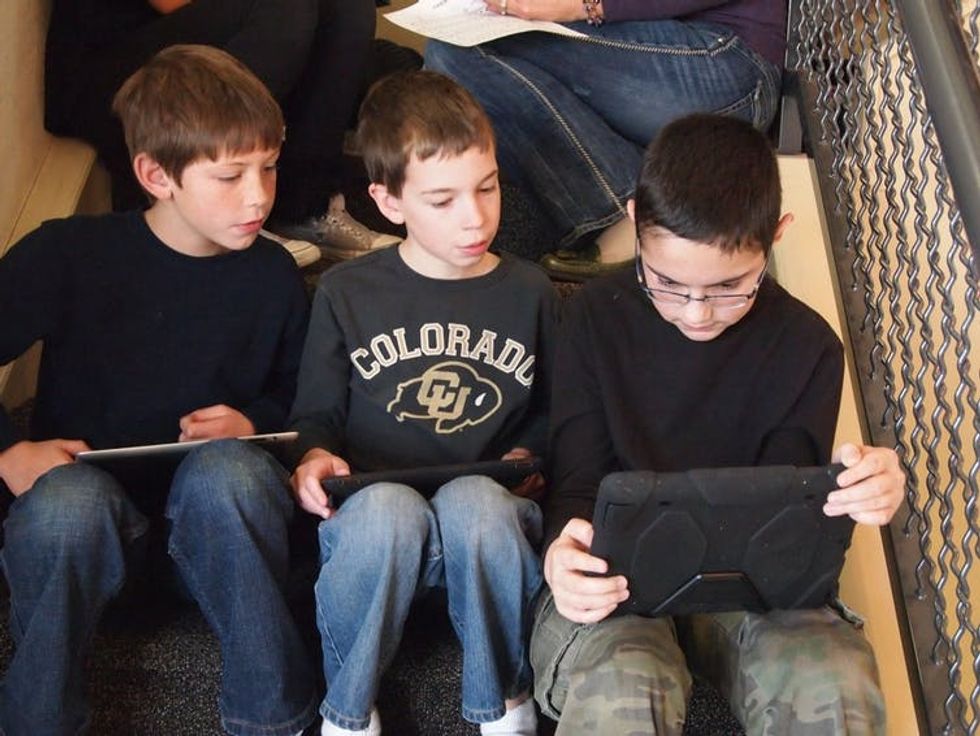 Children are being exposed to violence through the various media.

Exposure to violence could harm the emotional and mental development of young children and adolescents. Children at that age aren’t able to effectively process what they are seeing and hearing. This may be due in part to the fact that chronic exposure to violence can affect parts of their brain.

For adolescents, the front part of their brains is the last to develop and mature. This part of the brain is called the prefrontal cortex, and it is responsible for processing information, impulse control and reasoning. Adolescents exposed to violent video games experience a decrease in activity in their prefrontal cortex, leaving them more vulnerable to having difficulty with problem-solving and controlling their emotions.

What can parents do?

Parents have an important role to play. Knowing where their children are, what they are doing and with whom are some of the best ways to help support children. That improves their ability to cope with what is going on in the world around them.

The same is true for adolescents as well. It is sometimes assumed that as children reach adolescence, they need less support and monitoring as they spend more time with their peers and make increased demands to be more independent.

That is not the case.

Adolescents have more access to social media, to drugs and alcohol, and to transportation. Coupled with this is the growing evidence that the problem-solving and impulse control parts of their brains are not yet fully developed.

The immediacy, intensity and imagery of the coverage of the Florida school shooting may be very disturbing to both youth and adults. It is important that we continue to discuss this with our children and help them express their emotions and viewpoints, while assuring them that these extreme acts of violence, while deeply disturbing, are the exception and not the rule. Most of all, children need to feel they are safe, that we care for them and that they are not alone in dealing with these horrible acts of violence.

Editor’s note: This is an updated version of a story published in 2016 and first updated in 2017.