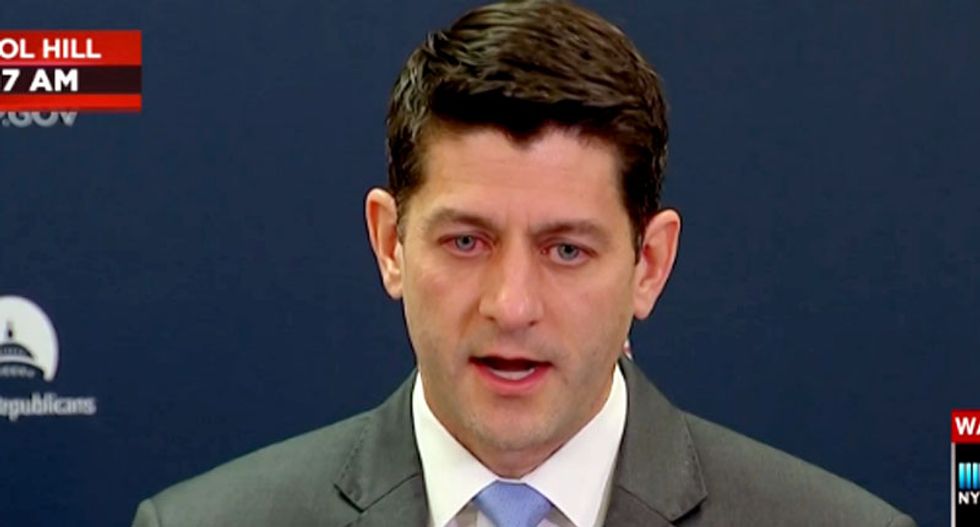 Republican leaders in Congress said on Tuesday they were not likely to arm teachers or raise the minimum age for buying semi-automatic rifles in a sign that two of President Donald Trump's proposals may not get far on Capitol Hill after a deadly Florida school shooting.

House of Representatives Speaker Paul Ryan said Republicans are focused on improving background checks for potential gun buyers but not interested in preventing Americans from owning certain types of weapons - an idea fiercely opposed by gun-rights groups like the National Rifle Association.

“We shouldn’t be banning guns from law abiding citizens," Ryan said at a news conference. "We should be focusing on making sure that citizens who should not get guns in the first place don’t get those guns."

The long-simmering debate over gun laws was reignited by a Feb. 14 massacre that killed 17 people at Marjory Stoneman Douglas High School in Parkland, Florida, an affluent suburb of Fort Lauderdale.

Since then, Trump has floated a wide range of ideas to prevent similar shootings, including improving mental-health treatment to banning "bump stocks" that enable semi-automatic rifles to fire hundreds of rounds per minute.

Ryan said the House was unlikely to act on two of Trump's more controversial proposals. One would allow teachers to carry firearms in the classroom and another would raise the minimum purchase age for military-style assault rifles from 18 to 21.

State and local governments should be allowed to decide whether to arm teachers, Ryan said.

The 14 students and three adult educators killed in Florida were shot with a semi-automatic AR-15-style assault weapon. Authorities say it was purchased legally last year by the accused gunman, Nikolas Cruz, when he was 18 years old.