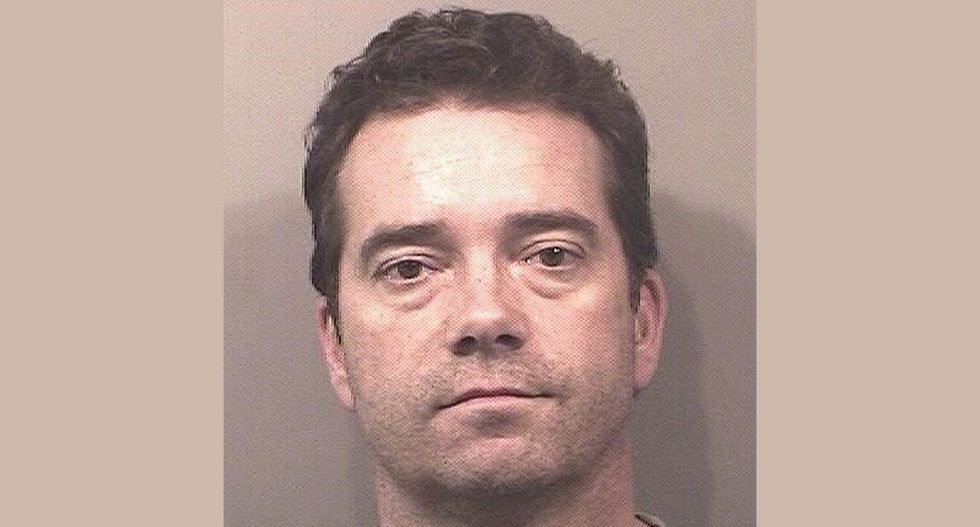 The Republican Party in Franklin, Indiana selected a new city council member who was charged with domestic battery 18 months ago, the Daily Journal reported Saturday.

Stephen R. Brown was appointed to the city council on Thursday.

In September 2016, a Franklin police report alleged that Brown confined his girlfriend in the bathroom of their home for an hour and threatening to keep her barricaded inside for days. The police report said he admitted to pushing her when officers arrived after 2 AM.

Brown was allegedly jealous over a text message and hug his girlfriend had received.

County Republican Party chair Beth Boyce said she was not aware of Brown’s arrest, which was not addressed at the caucus meeting.

Committee member Dan Richards revealed he voted for Brown not knowing about the arrest.

Brown claimed he did not understand the concept of criminal confinement at the time of his arrest.

“I mean she lives there,” he said. “She wasn’t going to go anywhere anyways.”

Brown entered a pre-trial diversion program and has completed 56 hours of community service.

The vacancy was created by the resignation of Joseph R. Ault, who quite the position after controversy over a racist Facebook post.

"We bring people from sh*thole countries because sh*hole Democrats need sh*hole votes so they can turn America into a sh*hole," Ault posted.