'There are kids that are dead': Parkland survivors rip Trump aide who called shooting a 'reprieve' from White House drama 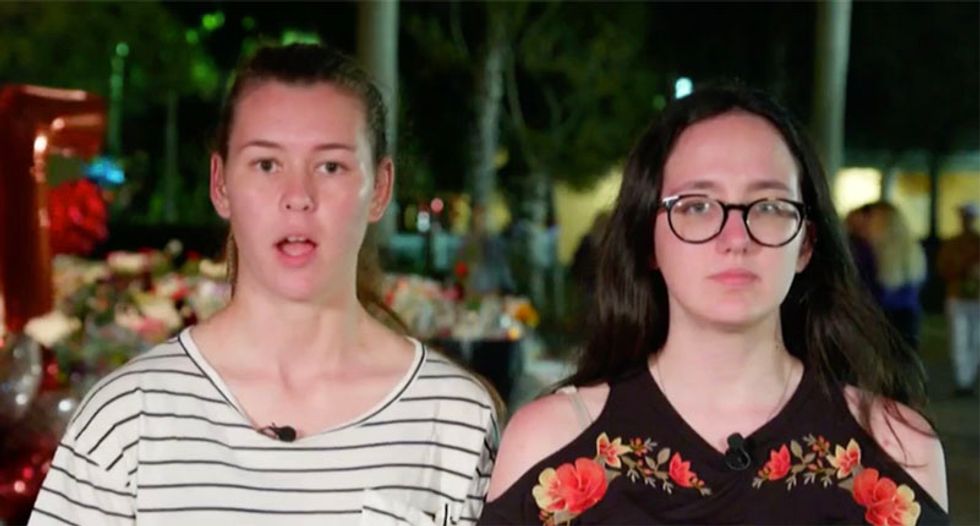 Two of the survivors of the horrific shooting at a Parkland, Florida, high school seemed stunned and then hit back at a Trump aide who reportedly said White House staffers were happy for the "reprieve" the massacre gave them from having to put out White House fires created the president for the past few weeks.

Speaking with MSNBC host Chris Hayes, Marjory Stoneman Douglas High School students Sofie Whitney and Sarah Chadwick were asked how they were coping with the aftermath, before Hayes brought up the quote, reported by the Washington Post.

“For everyone, it was a distraction or a reprieve,” the official reportedly said. “A lot of people here felt like it was a reprieve from seven or eight days of just getting pummeled.”

"Sophie, there is someone at the White House who talked about the shooting that happened at your school as a 'reprieve', and they meant in a very specific context," Hayes asked. "The White House had been getting a lot of bad press about scandals and so forth. I wonder how that strikes your ears, having lived through what you just lived through?"

"I think it's horribly insensitive because our school literally just got shot up," Whitney replied. "The White House is making it about them when there are kids that are dead. And this is why we're marching in Washington because we need them to hear us, and they need to have a conversation with us."