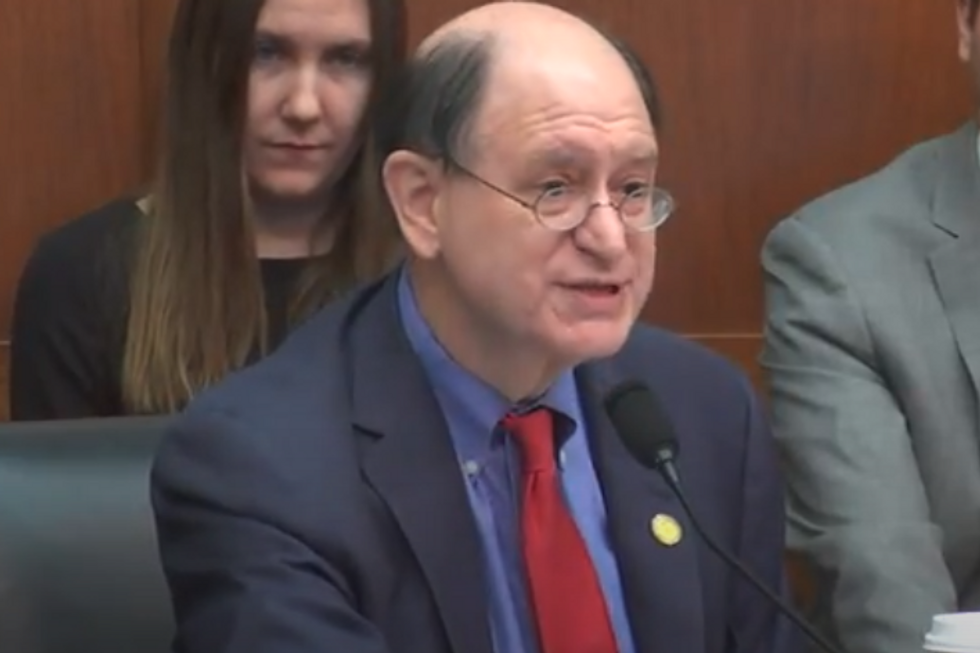 The office of Rep. Brad Sherman (D-CA) this week posted footage of the congressman taking questions from constituents at a town hall meeting -- but it left out footage of him taking a tough question from a woman about sexual harassment.

The Sacramento Bee reports that Encino resident Debby Pearlman grilled Sherman on the sexual harassment scandal surrounding Matt Dababneh, a former staffer who worked for Sherman for eight years and who resigned after harassment allegations surfaced.

In the wake of the scandal, Sherman implemented a new policy in which senior staffers would talk with junior staffers of the same gender to see if they experienced any harassment at work.

Pearlman took issue with this policy, however, which she said did not go far enough to address the problem.

"Your new office policy regarding sexual harassment in the wake of the Matt Dababneh scandal is really lacking," she said to him during this week's town hall meeting. "Having your junior staff reporting to your senior staff of the same gender – wouldn’t it be more effective and wouldn’t you want to know, and have the people report to you directly?"

Sherman responded calmly to Pearlman's question, however, and he informed her that "we have five different ways to report sexual harassment in my office" and that "one among those is to talk to me personally."

The Sacramento Bee notes that the harassment question was one of only two questions to be edited out of the town hall video -- and the other question involved Sherman denying accusations that he underpaid his property taxes.