Lawsuit to block Mick Mulvaney from leading CFPB is dismissed 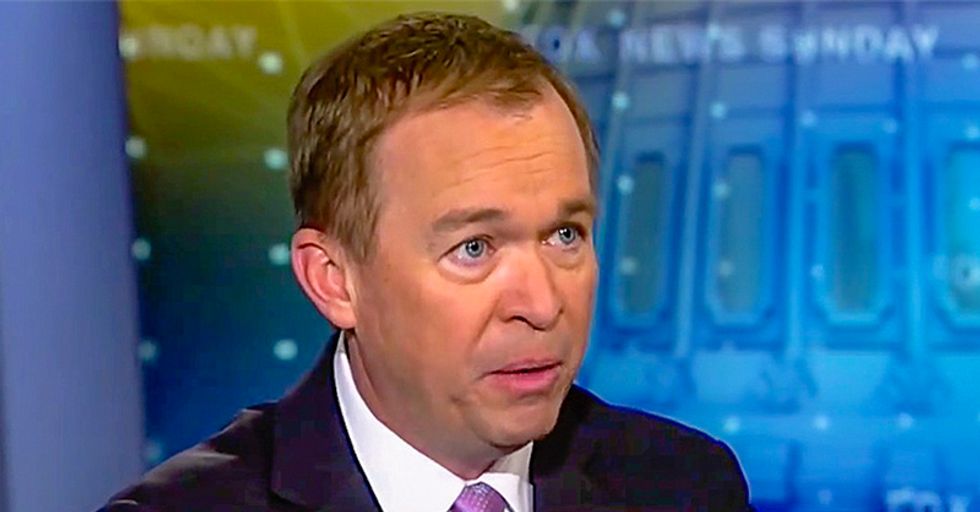 A judge has dismissed a lawsuit by a federal credit union in Manhattan that sought to block U.S. President Donald Trump from installing Mick Mulvaney as acting director of the U.S. Consumer Financial Protection Bureau.

In a decision made public on Friday, U.S. District Judge Paul Gardephe in Manhattan said the Lower East Side People's Federal Credit Union lacked legal authority to sue, rejecting what he called the plaintiff's "fear-based theory of standing."

Gardephe said the credit union failed to show that any actual or expected policy changes under Mulvaney, who is also White House budget chief, would undermine its ability to fulfill its mission of improving the health of underserved communities.

"Organizations advocating for a particular policy goal who have alleged no injury to themselves as organizations may not establish their standing simply on the basis of that goal," Gardephe wrote. His decision is dated Thursday.

Ilann Maazel, a lawyer for the credit union, in an email said his client was disappointed. "We are evaluating our options in this extremely important case," he added.

The CFPB and the U.S. Department of Justice, which represented Trump and Mulvaney, had no immediate comment.

Trump appointed Mulvaney as temporary head of the regulator in November, replacing Richard Cordray, an appointee of President Barack Obama.

Mulvaney, a critic of the regulator, has since taken steps that may herald a rollback of some of Cordray's policies.

CFPB supporters view the regulator as an important consumer watchdog, while opponents consider it too powerful.

A federal appeals court on Wednesday said the president can fire a CFPB director only for cause, rejecting the White House argument that removal at will is also permitted.

The credit union had sought to have Gardephe declare CFPB Deputy Director Leandra English, who Cordray designated as his preferred interim successor, as the acting director.

English in November filed her own lawsuit in the federal court in Washington, D.C. to block Mulvaney from taking charge.

In seeking to dismiss the credit union lawsuit, the Justice Department said forcing Trump to appoint English would be an "extraordinary intrusion into core Executive Branch operations" and upend the "consensus view" that Mulvaney deserved the job.