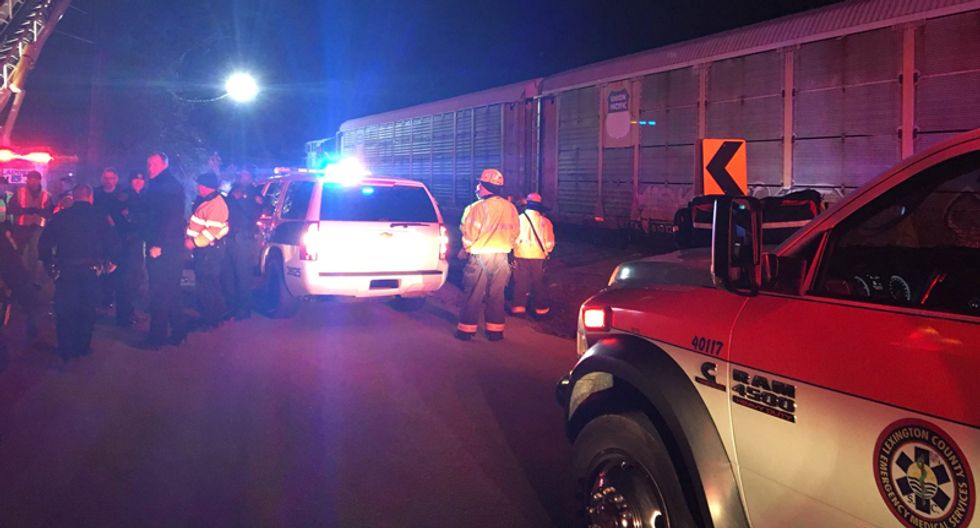 Emergency crews attend to the site of a train collision near Pine Ridge, Lexington County, South Carolina, U.S., February 4, 2018 in this image obtained from social media. County of Lexington via REUTERS

An Amtrak passenger train collided with a CSX freight train in South Carolina on Sunday, killing at least two people and injuring at least 50, the Lexington County Sheriff's Department said on Twitter.

The train with 139 passengers and eight crew members aboard was traveling between New York and Miami when it collided with the freight train and derailed, Amtrak said in a statement.

"Amtrak Train 91, operating between New York and Miami, came in contact with a CSX freight train at around 2:35 a.m. in Cayce, South Carolina," Amtrak said in a statement on its website. "The lead engine was derailed, as well as some passenger cars."

Amtrak and the Lexington County Sheriff's Department were not available for immediate comment.

The sheriff's department said all passengers were off the train.