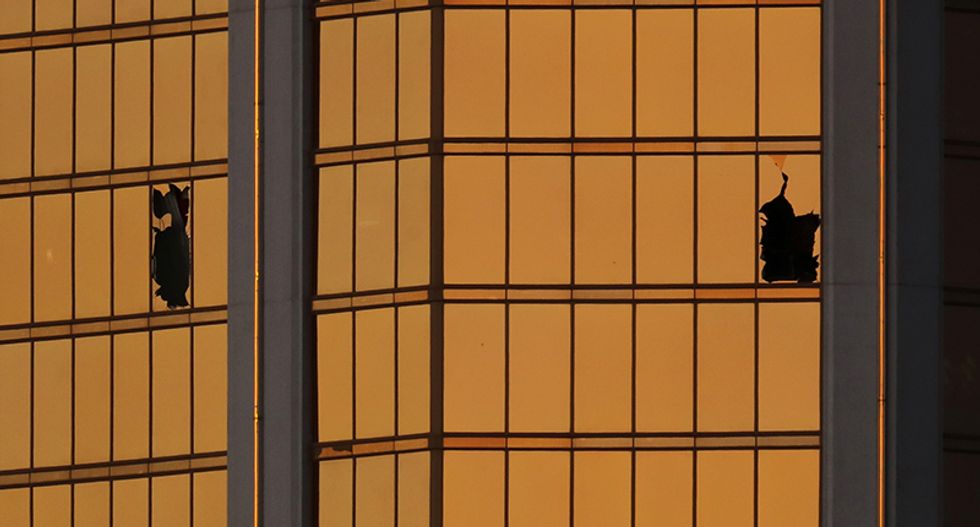 A man suspected of selling armor-piercing bullets to the Las Vegas gunman who killed 58 people at a music festival was charged on Friday with conspiracy to manufacture and sell such ammunition without a license.

Douglas Haig, 55, of Mesa, Arizona, became the first person arrested and charged in connection with the Oct. 1 massacre, which ranks as the deadliest mass shooting in modern U.S. history.

The gunman, Stephen Paddock, who strafed a crowd of concert-goers from his high-rise suite at the Mandalay Bay hotel, killed himself before police stormed his room.

No clear motive for the massacre has ever been determined.

According to the criminal complaint against Haig, filed in U.S. District Court in Phoenix, he met with Paddock on more than one occasion, including once at Haig's home the month before the shooting to sell ammunition to Paddock, the U.S. attorney's office in Las Vegas said in a statement.

It said Haig previously ran an internet business, called Specialized Military Ammunition, selling armor-piercing bullets - some consisting of high-explosive and incendiary rounds - throughout the United States, but lacked a license to manufacture such ammunition.

Haig is charged with a single count of conspiracy to manufacture and sell armor-piercing ammunition, which carries a maximum penalty of five years in prison and a $250,000 fine, according to the statement.

Prosecutors said Haig's fingerprints were found on some of the unfired high-caliber rounds at the crime scene and that armor-piercing casings recovered from Paddock's hotel room bore tool marks matching the "reloading" equipment they said Haig used to assemble ammunition cartridges.

Haig made an initial court appearance before a federal magistrate in Phoenix and was freed under conditional release pending a Feb. 15 status conference set for the case, prosecutors said.

In addition to the 58 people killed by Paddock in the Las Vegas massacre, nearly 500 people were injured, some by gunfire, others trampled or otherwise hurt while running for cover.

Police said Paddock had equipped 12 of the weapons found in his room with bump-stock devices that enable semi-automatic rifles to be fired as if they are fully automatic machine guns.

(Writing and reporting by Steve Gorman in Los Angeles; Additional reporting by Keith Coffman in Denver; Editing by Leslie Adler)