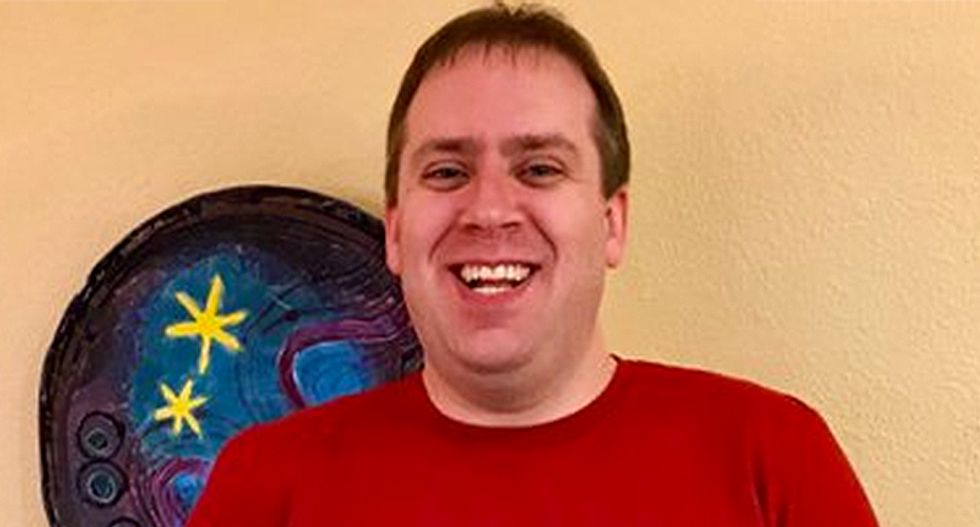 Jordon Dyrdahl-Roberts had a safe government job as a legal secretary with the Montana Department of Labor and Industry, but on Wednesday he quit it all when he was asked to comply with subpoenas for Immigration and Customs Enforcement.

"So, yeah, about that. I put in my two weeks notice. I work at Montana Department of Labor. There were going to be ICE subpoenas for information that would end up being used to hunt down & deport undocumented workers," Dyrdahl-Roberts tweeted Wednesday after quitting his job. "It would have been my responsibility to prepare the information and hand them off to ICE. I refuse to aid in the breaking up of families. I refuse to just 'follow orders.' This isn’t an easy decision as it puts me in a delicate financial position."

The initial tweet has now spread by 14,000 retweets and has

“When I put it out on Twitter, I wasn’t expecting it to get the legs it did,” he told the Independent-Record.

It isn't as if he comes from a wealthy family that can save him from being unemployeed. He explained on twitter that he has a toddler at home and an "underemployed wife in graduate school." This was a step too far.

It all began Tuesday when one of the lawyers he works with said that he should be anticipate working on ICE subpoenas soon.

So, “the only words my brain picked up were ‘subpoenas coming,’” he said. It wasn't until Wednesday he realized who they were for.

“I immediately said, ‘I don’t think I can help with that,’” he recalled. “I began talking with management about what the deal was, but I pretty much understood at that point.”

He called his wife and told her he didn't think he could do it. Without hesitation, she said "OK," and with just $900 in their checking account, he quit.

“The conversation was, ‘You understand this is part of your duties, and if you can’t execute your duties you have to quit or be fired.’ I put in my two week’s notice.”

The Department of Labor said in a statement that the his job is to assist the attorneys in processing the documents received.

“Jordon understood that such processing was a required part of his job,” said Jake Troyer, communications director for the department."Jordon was offered assistance in finding another position with the department” and was not disciplined for his tweet.

He took to Twitter, not thinking that it would spread as far as it did given the state is often overlooked.

“There’s a lot going on nationally with the direction of the government as a whole that’s pretty scary for people who are plugged in and paying attention,” he said. “When I was asked to collaborate (by working on the ICE subpoena), I couldn’t.”

He's not an immigrant and he's not from an immigrant family. There's no reason his life or history would lead him to this moment. He explained that he's "empathetic," to the suffering of others.

“The way I was raised led me to question authority, like asking, ‘Is this right?'" he said. He grew up believing that "just because the person in a position of authority says something doesn’t necessarily make it true."

He said that he enjoyed his work and that overall it was something that he was passionate about, but there was no way he could stay after the subpoenas.

“I’ve got a fairly low-down-the-ladder job," he confessed. "I don’t have the ability to affect policy. It wouldn’t be my choice to make this into a fight. I just had to make a decision for my life."

He sent out a request for anyone willing to help out with grocery money while he searches for a new job and he didn't specify how much he'd raised but noted some has come in to help.

“I’m humbled,” he said. “I had just over a thousand followers (on Twitter) before this started. I thought some people would kick some cash our way (and) it would be like a week’s worth of groceries that would give us a bit more time for me to find a job.”

“You’ve helped us more than enough," he tweeted to his followers Thursday. "We will now be okay while we look for jobs. If you’re still feeling generous consider sending money (to) Flint or Puerto Rico.”