NAFTA must protect workers left behind by global economy: Trudeau 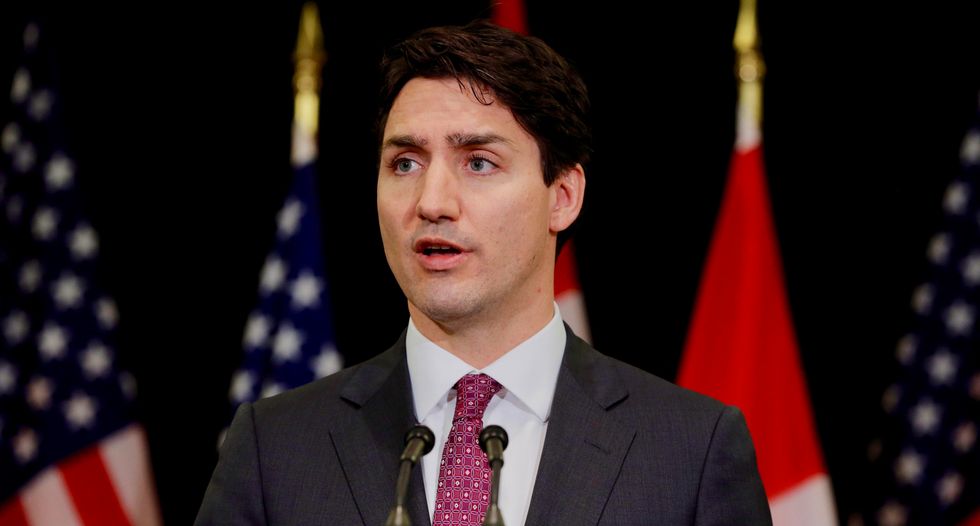 Canadian Prime Minister Justin Trudeau speaks to the media during a visit to the Manhattan borough of New York, U.S., April 6, 2017. REUTERS/Lucas Jackson

"The wave of technological innovation," particularly in Silicon Valley, which Trudeau visited Thursday, "can be hugely positive and transformative," he said Friday during a speech at the Ronald Reagan Presidential Library, near Los Angeles.

"But we cannot allow it to sweep some people and their families aside," he said, adding the issue must be discussed as part of ongoing efforts between Canada, the US and Mexico to revamp NAFTA.

Trudeau called for improved sharing of wealth and help for people "whose livelihoods have been disrupted by global economic shifts" -- adding he and US President Donald Trump agree "too many people have been left behind."

"We need to collectively do a much better job of ensuring the benefits of trade are shared more broadly to more people," he said.

Six rounds of NAFTA talks have already concluded -- the most recent on January 29 -- but the Canadian premier said the toughest issues remain, including "rules of origin in the auto industry."

On Wednesday, Trudeau said in Chicago that Canada was ready to withdraw from NAFTA -- described by Trump as a "bad joke" -- if current negotiations did not conclude with a satisfactory deal for the country.

But he added Friday that "trade is not a hockey game" with a winner and a loser, and that the trade pact has benefited Canada, the US and Mexico.

"It's vitally important we build on that progress and not step back from progress made with extraordinary efforts by our countries," Trudeau said.