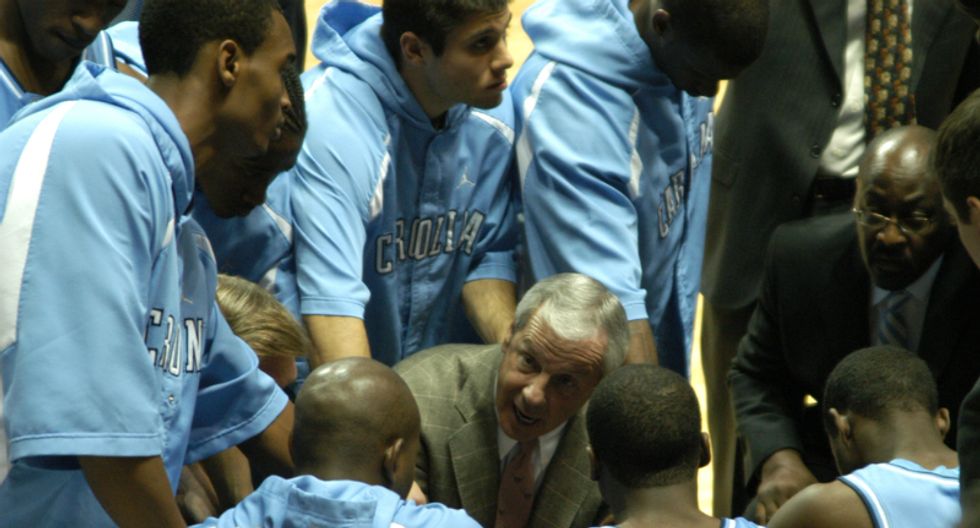 When arguing why student athletes aren't legally entitled to compensation, the National Collegiate Athletic Association cited a court case that relied on a loophole in the 13th Amendment to the United States Constitution that allows legal unpaid labor in the case of imprisonment.

The Intercept's Shaun King reported on the NCAA's legal justification for refusing to pay the athletes who propel the multi-billion dollar college athletics industry. The organization is using the early Vanskike v. Peters, in which a federal appeals court ruled in favor of not paying an inmate based on the 13th Amendment.

"Daniel Vanskike was a prisoner at Stateville Correctional Center in Joliet, Illinois, and Howard Peters was the Director of the state Department of Corrections," King wrote. "In 1992, Vanskike and his attorneys argued that as a prisoner he should be paid a federal minimum wage for his work. The court, in its decision, cited the 13th Amendment and rejected the claim."

Though the 13th Amendment "is commonly hailed as the law that finally ended slavery in America," it has one essential caveat — that "involuntary servitude" is legal "as a punishment for crime whereof the party shall have been duly convicted." Many argue that the amendment allows for imprisonment to serve as a substitute for enslavement, leading to institutions such as what anti-racists call the "school-to-prison pipeline" and laws passively intended to punish African-Americans.

"Comparing athletes to prisoners is contemptible," attorneys for former Villanova wide receiver Lawrence “Poppy” Livers wrote in their rebuttal to the NCAA's motion.

The use of the Vanskike precedent "is not only legally frivolous, but also deeply offensive to all Scholarship Athletes – and particularly to African-Americans," the rebuttal noted.

You can read Livers' entire response to the NCAA's motion below via the Intercept.