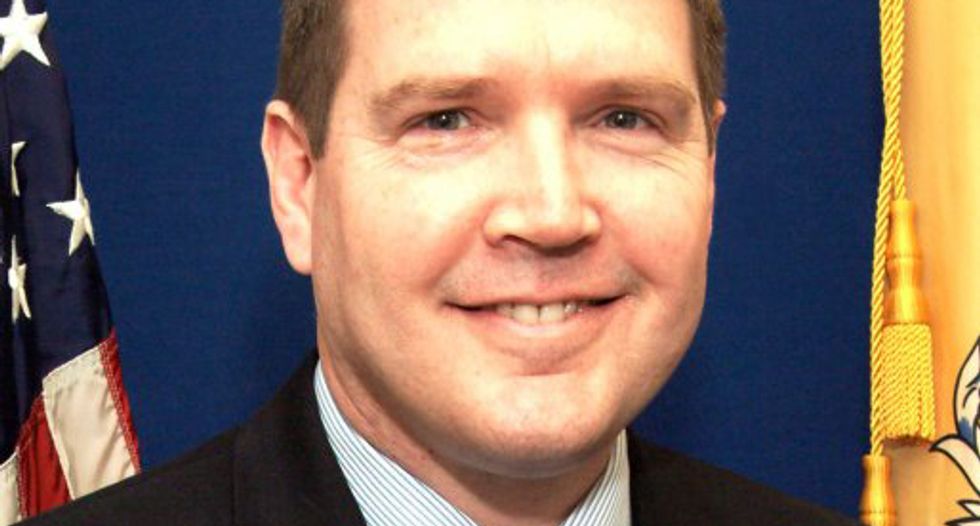 The editorial board for the New Jersey Star Ledger, an online newspaper for the Garden State, on Wednesday slammed state Sen. Mike Doherty (R) over comments he made during a discussion about pay parity for women.

"Just because I'm a member of a certain group doesn't mean that I can be denigrated over and over again,” Doherty said. "It's got to stop at some point.”

The Star Ledger was unmoved by Doherty’s complaints.

“When we last checked in with Sen. Mike Doherty, he was lamenting how hard it is to be a white man in America,” the editorial board wrote.

“Now, in a Record column by Mike Kelly that profiles him as President Trump's lonely cheerleader in New Jersey, Doherty says the U.S. shouldn't take any more immigrants from certain countries: ‘non-European’ nations that are not part of a ‘Judeo-Christian culture,’” the Star Ledger explained. “Get his drift?”

The paper noted Doherty—after worrying about people feeling “uncomfortable” with cultural changes—also griped that people don’t publicly admit they want “to have a homeland” with a “common culture” and language.

“Why don't people say this publicly?” the Star Ledger asked. “Maybe because they don't want to be revealed as bigots. Thank you, Sen. Mike Doherty, for just admitting it.”

“You'd think an Irish guy would recognize that the same know-nothing, anti-immigrant words were once used against his own people, and learn a lesson from this,” the paper said. “But no. Doherty has no clue what really makes America great.”

The Star Ledger compared Doherty’s words with those of former KKK grand wizard David Duke, arguing “we lose America” when we lose “white dominance in America.”

“People do want to feel comfortable in their homeland, Sen. Doherty,” the editorial board shot back. “So what about the rest of us, who feel uncomfortable around this kind of bigotry?”