‘Out of order’: West Virginia lawmakers drag woman off House floor for reading list of oil and gas donations 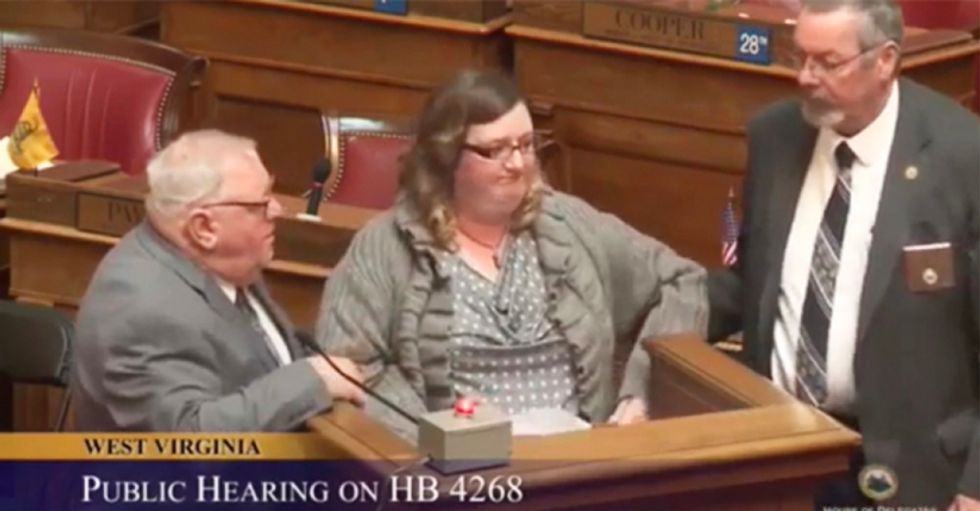 In a video spotted by Common Dreams, lawmakers in West Virginia had a woman dragged away from the lectern as she read off a list of members of the House and how much they collected in contributions from the oil and gas industry.

According to the report, fracking activist and House of Delegates candidate Lissa Lucas appeared in the Charleston state house on Friday to address lawmakers considering a bill that would allow oil and gas companies to drill on minority mineral owners’ land without their consent.

Stepping to the microphone Lucas can be seen saying, “I have to keep this short, because the public only gets a minute and 45 seconds while lobbyists can throw a gala at the Marriott with whiskey and wine and talk for hours to the delegates.”

She then proceeded to list off members of the legislative body and the amounts of contributions they have taken from the industry they are regulating until she is stopped by Chairman John Shott (R-Mercer).

“Miss Lucas, we ask that no personal comments be made,” Shott said.

“It is a personal comment and I am going to call you out of order if you are talking about individuals on the committee,” Shott declared. “If you would, just address the bill. If not, I would ask you to just step down.”

Proceeding ahead with her list of lawmakers, despite the warning, Lucas then found herself between two security officials ordered by Shott to remove her.

Told she had to leave, Lucas told  the lawmakers, "I want to finish,"  however the guards did not relent.

"Drag me off then," she said as she was hustled out of the chambers.

Watch the video below posted by Common Cause: