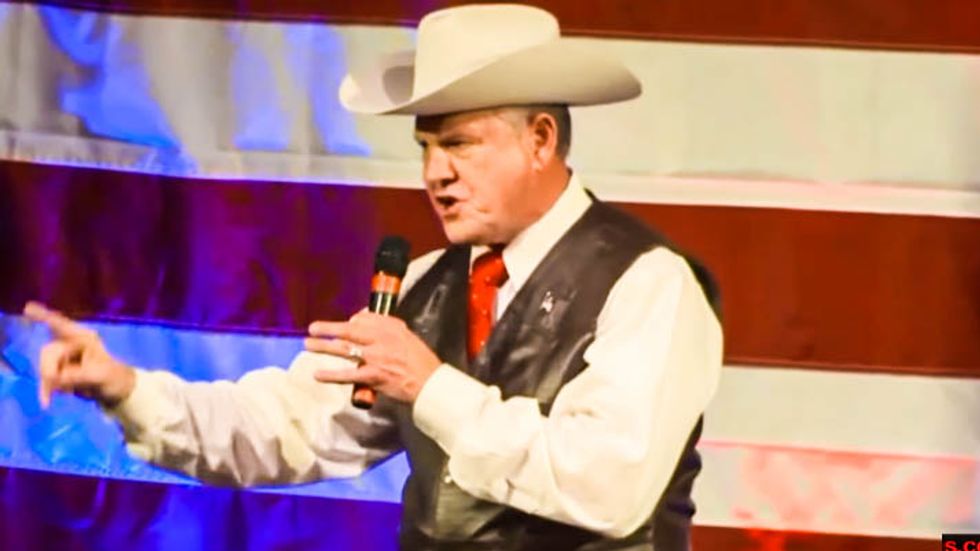 In wake of the outbreak of fake news in the 2016 election, there has been a war in Silicon Valley to curb such websites and stop the proliferation of false information. Roy Moore's former campaign consultants, however, are taking another route to help promote conspiracy theories.

Facebook has taken steps to not only remove fake accounts but allow reporting of fake news and hire staff to verify if news is fake. They are still struggling to fix their ads problem. Twitter has removed hundreds of bots and prevented mass messaging, but hasn't taken steps to stop fake news. While Tumblr hasn't done anything, Google has refused to index sites on their fake news list, but as new sites pop up, they seem to be struggling.

Perhaps that is why Moore's former consultants feel they can be successful starting their own pro-Trump website. According to the Daily Beast, the site Big League Politics has become yet another repository for pro-Trump editorials and anti-liberal fake news. The site was acquired this year by Mustard Seed Media, which worked for Moore’s campaign.

As a media outlet owned by a consulting firm, high-profile candidates and political leaders the firm works for, will now have access to the site Former Breitbart writer Patrick Howley is even running its editorial division. While at the Daily Caller, Howley was known for "unhinged outbursts" and would send "rambling, occasionally incoherent, late-night emails to the entire newsroom," according to The Beast.

The site also reported earlier in Feburary, the @MooreSenate account was transferred to Big League Politics, along with its 75,000 followers. It was rebranded as Howley’s personal account.

Reilly O’Neal, who runs the consulting firm, touted the slate of "talented investigative reporters, filmmakers and citizens journalists" who will work for the site. Though, he refused to give any other details on how Big League Politics took over the Moore for Senate Twitter account.

Under O'Neal's other company, Moore's campaign shelled out more than $730,000 for services. Noel Fritsch, another person involved with the site, received $130,000 for two of his firms by the Moore campaign.

One of the conspiracy theories promoted under Big League Politics has to do with the 2016 murder of Democratic National Committee staffer Seth Rich, who was mugged and killed in early morning hours in Washington, D.C. Dozens of stories have been published on the site alleging the murder was meant to cover up the DNC emails obtained by Russian hackers. Other conspiracy theories include attacks on liberal funder George Soros.

O'Neal has long had a working relationship with the site, which has written favorably about his former candidates. Former white nationalist Paul Nehlen, running against Speaker Paul Ryan, paid him and Fritsch thousands in consulting fees over the last year.

Corey Stewart, a former Virginia governor candidate who is seeking a U.S. Senate seat, also paid Fritsch and O’Neal’s consulting firm while he was promoted by Big League Politics.