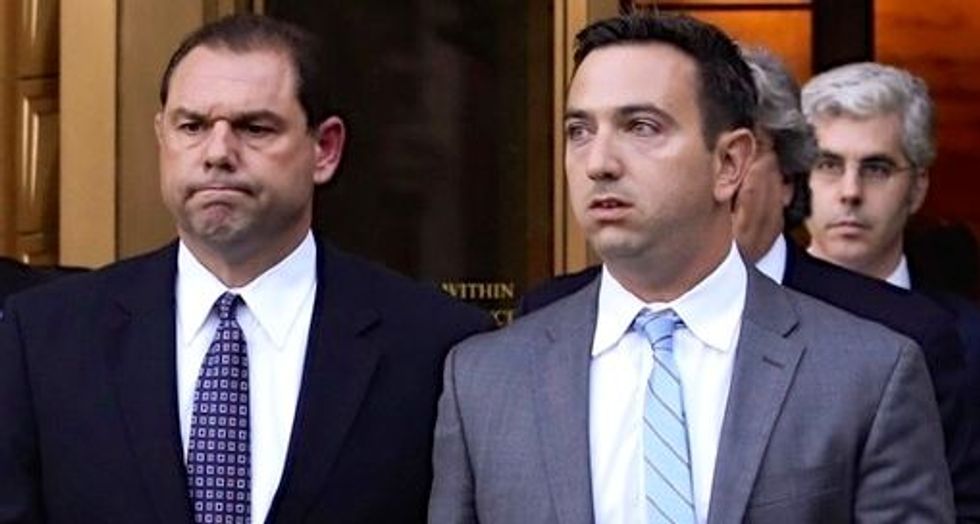 The corruption trial of a former aide to New York Governor Andrew Cuomo has taken an unexpected turn, as a star witness for prosecutors was arrested after admitting during his fourth day testifying before a jury that he may have violated his cooperation agreement.

Todd Howe was arrested Thursday night after a judge revoked his bail, and appeared in Manhattan federal court Friday afternoon. Howe had previously pleaded guilty to federal corruption charges and agreed to testify against former Cuomo aide Joseph Percoco and others.

Prosecutors and Howe's lawyer, Richard Morvillo, said at the hearing that Howe was not seeking to be released. They did not say why Howe's bail had been revoked or whether his cooperation agreement, which could get him a lighter sentence, remained in effect.

Over several days of testimony, Howe had told jurors that he helped arrange bribes to Percoco from Peter Galbraith Kelly, an executive at the energy company Competitive Power Ventures, and from Steven Aiello and Joseph Gerardi, founders of the real estate company Cor Development. Prosecutors have said that the three men, who are on trial alongside Percoco, were seeking favorable treatment for their companies.

On Thursday, under cross-examination by Kelly's lawyer, Daniel Gitner, Howe admitted that he had lied on an application for disability insurance in 2014 and that the prosecutors were hearing about that lie "for the first time" in court. Howe had pledged to disclose all crimes he had committed and not commit any further crimes as part of his cooperation agreement.

Howe also admitted that in October 2016, after signing the cooperation agreement, he had tried to get a $600 charge for a stay at New York's Waldorf Astoria hotel removed from his credit card by falsely claiming he had not stayed there. Howe admitted that he had stayed at the hotel, the night before meeting with prosecutors in New York.

Gitner asked whether Howe thought the prosecutors would throw out his cooperation agreement in light of his admissions.

"I sure hope not," Howe responded.

The trial is scheduled to resume Monday. A spokesman for the prosecutors said no new charges had been filed against Howe, and otherwise declined to comment.

Lawyers for Percoco and the other defendants said in opening statements last month that their clients were innocent.

Cuomo, a Democrat who is up for re-election this year, has not been charged with wrongdoing.