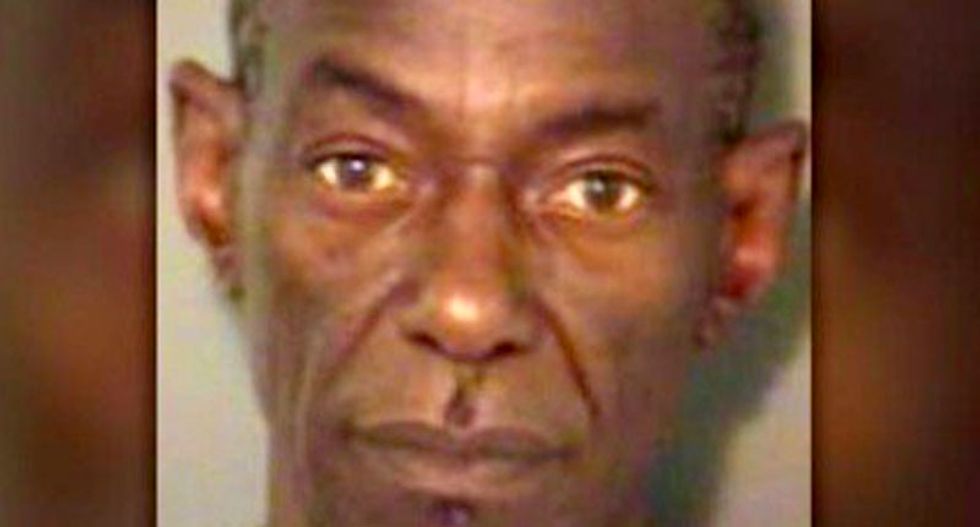 Police in North Carolina on Tuesday arrested a man they suspect of fatally shooting a 65-year-old man who had just informed him that they were on Facebook Live video, according to officials and local media reports.

"The Wingate Police Department in conjunction with the State Bureau of Investigations (SBI) and the Union County Sheriff’s Office worked a death investigation until they had a suspect, this morning they made an arrest and he is in custody," police said in a statement on Facebook.

Representatives from the Wingate Police Department and the Union County Emergency Medical Services did not respond to requests for comment. Wingate is about 30 miles (48 km) southeast of Charlotte.

In the live footage, which Facebook has since removed, Robinson was seen walking down a street in a neighborhood with a cell phone attached to a selfie stick, or a monopod device used to take photos or videos, according to reports by NBC News. He was talking to viewers.

Robinson then said "you on Live" repeatedly to someone off-camera, NBC reported. The person, who was not visible, then appears to have fired four gunshots at Robinson until he fell to the ground.

Facebook said in a statement that it removed the video because it had no way of knowing whether the victim would have wanted "this horrific act" to be broadcast on social media.

"We will apply a warning screen to future uploads of the video intended to raise awareness or condemn this tragedy, and limit accessibility to people over the age of 18," said a Facebook spokesperson in a statement on Tuesday.

The shooting on Monday caused a lockdown at Wingate University, which was near the scene of the shooting. No shots were fired on campus but law enforcement remained at the college in search of the suspect for a few hours until the lockdown was lifted.