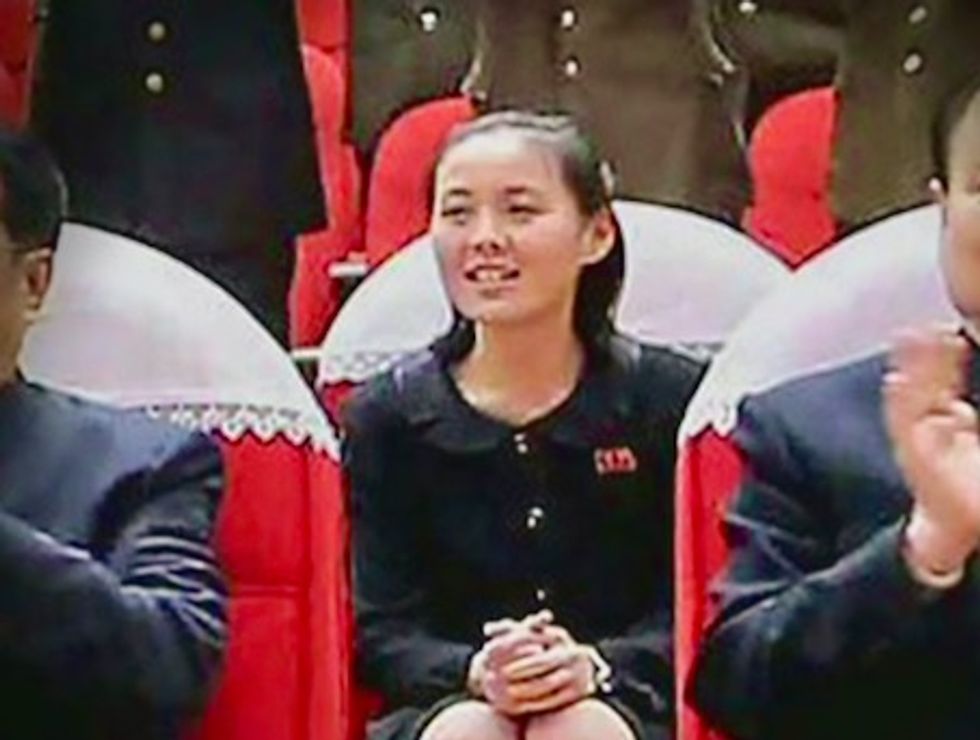 The Pyeongchang Winter Olympics open Friday with North and South Korea marching together at a bitterly cold ceremony attended by the first member of North Korea's ruling family to visit the South since the Korean War.

Kim Yo Jong, the influential sister of North Korean leader Kim Jong Un, is among a 500-strong North Korean delegation visiting the South following an abrupt thaw in relations between the rival Korea's in the run-up to the Games.

The delegation is led by the North Korean ceremonial head of state Kim Yong Nam, the highest ranked Northern official ever to visit the South. He shook hands after arriving with South Korean President Moon Jae-in, marking a high point for the rapprochement ahead of the Games dubbed the "peace Olympics" by the South.

For her part, Yo Jong is the first member of the ruling Kim family to visit the South since her grandfather Kim Il Sung, after his forces invaded in 1950 to launch the Korean War.

Underlining the complexities of the peace efforts on the Korean peninsula, just a day before the ceremony the North Koreans issued a timely reminder that peace diplomacy is backed by military might.

On Thursday, fireworks lit up the sky and goose-stepping soldiers and ballistic missiles paraded through the North Korea capital to commemorate the 70th anniversary of the country's armed forces.

The United States government is represented at the opening ceremony by the hawkish Vice-President Mike Pence, accompanied by Fred Warmbier, father of Otto Warmbier who died aged 22 after being detained in North Korea for a petty offence last year.

Only 22 North Korean athletes are taking part in what look set to be among the coldest ever Winter Games, whose build-up has been marked by confusion and bitterness over the participation of Russian athletes following a state-sponsored doping scandal.

The International Olympic Committee last year banned Russia from the Olympics following the doping scandal, but also allowed more than 160 "clean" athletes to compete under a neutral flag.

However, legal battles launched by excluded athletes have tarnished the final days before the Games. Only hours before the opening ceremony, the Court of Arbitration for Sport threw out a bid by 47 more Russians to compete at Pyeongchang.

Those Russians have now filed an appeal to a civil court in Lausanne, Switzerland and could yet win a place at the Olympics if a hearing scheduled for Friday rules in their favour.

Meanwhile shivering athletes are bracing for one of the coldest Winter Olympics on record, with real-feel temperatures set to plumb minus 10C at the opening ceremony, which starts at 8:00 pm (1100 GMT).

Japan's speed skaters are among the athletes who have decided it is just too cold to brave the open-air ceremony, while organisers are handing out heat packs and heated cushions to keep spectators warm.

Expectations are sky-high for an array of stars at Pyeongchang, including American skiers Mikaela Shiffrin and Lindsey Vonn, while the drama in figure skating centres on whether Japan's "Ice Prince" Yuzuru Hanyu can recover from injury to retain his crown.

Potential winners also include French flag-bearer Martin Fourcade in biathlon, hoping to add to his two gold medals earned in Sochi in 2014. Alpine giant slalom great Marcel Hirscher of Austria is among the gold medal hunters, alongside women's downhill legend Lindsey Vonn of the United States.

The sensational 15-year-old Alina Zagitova of Russia will take the spotlight in women's figure skating, where a showdown is expected with her fellow Russian teen, Evgenia Medvedeva.

Another teenage breakout star could be Chloe Kim, 17, the American whose parents are Korean and who is tipped for gold in snowboard as well as adulation by the host nation.

For the South Koreans, major home hopes rest of the slender shoulder of yet another teenage girl. In short track speedskating, 19-year-old Choi Min-jeong is among the favourites for a gold-medal slam of all four races.