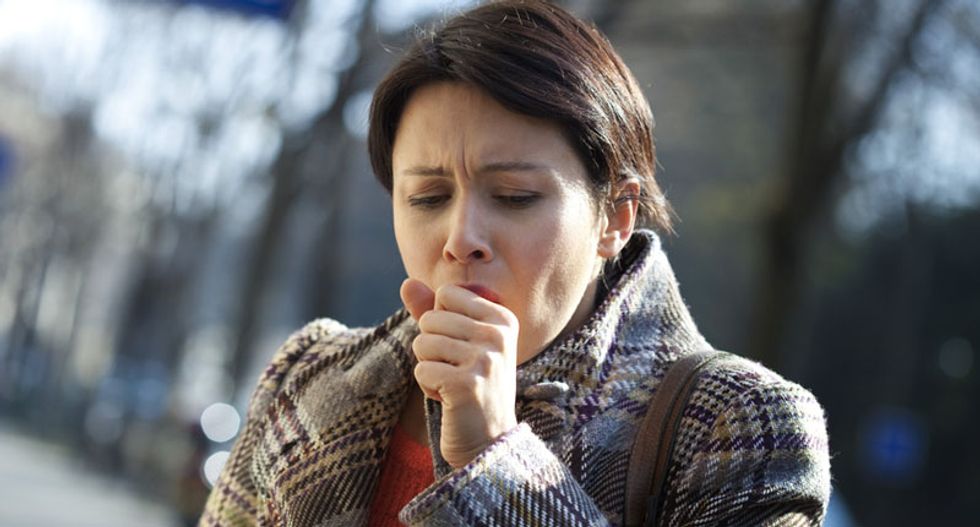 Adults who get a flu shot are 36 percent less likely to get the disease, while for children the figure was an unexpectedly high 59 percent, U.S. health officials said on Thursday, predicting that the current "intense" season could continue for weeks.

Anyone not already immunized should get a flu shot despite the lateness of the season, because "some protection is better than none," one of the officials told a news briefing.

A total of 63 children in the United States have died of influenza this season, and three-quarters of them did not get a vaccine, said Anne Schuchat, acting director of the Centers for Disease Control and Prevention.

"This flu season continues to be extremely challenging and intense, with very high levels of office visits for flu and hospitalization rates, all indications that flu activity is high and likely to continue for several more weeks," Schuchat said.

Flu symptom rates are close to those seen in the 2009 H1N1 flu pandemic and for the past few weeks the whole country has been experiencing the flu, she said.

The current vaccine's effectiveness rate is based on an interim study conducted nationally through Feb. 3 covering thousands of people, Schuchat said.

Getting the shot can mean the difference between a mild illness and a hospital stay, Schuchat said, particularly for people at higher risk such as children and the aged.

"There's still plenty of time. Go get a flu shot. Do it for yourself, your family and your community," Health and Human Services Secretary Alex Azar told the briefing.

As many as 646,000 people are dying globally from seasonal influenza each year, U.S. health officials said in December, a rise from earlier assessments of the disease's death toll.

(Reporting by Eric Walsh in Washington and Stephanie Kelly in New York; Editing by Lisa Shumaker)