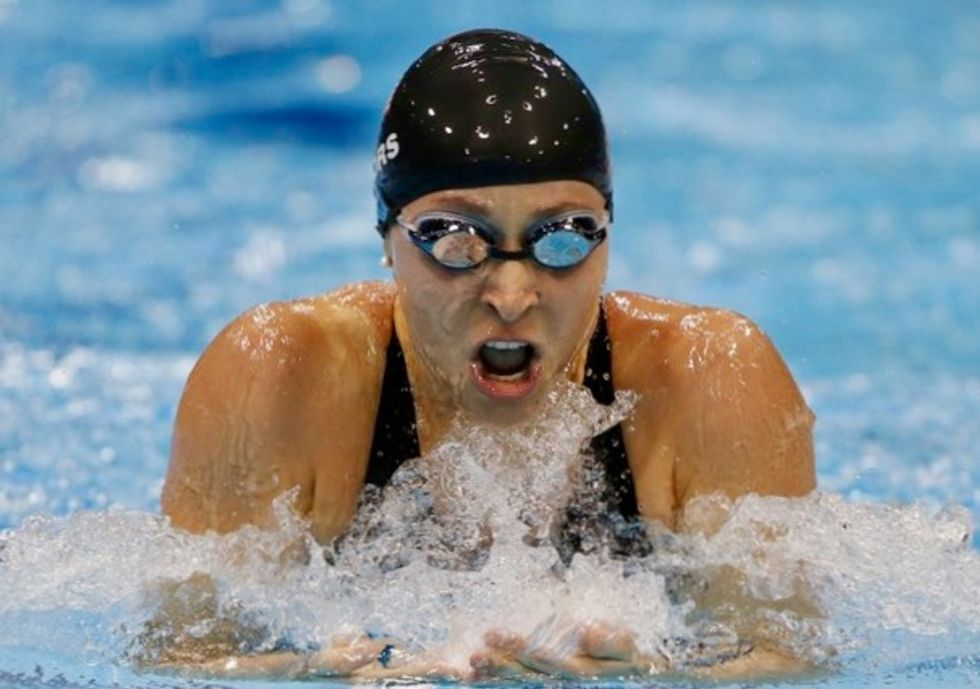 Ariana Kukors of the U.S. swims in her women's 200m individual medley semi-final during the London 2012 Olympic Games at the Aquatics Centre July 30, 2012. REUTERS/David Gray

A former U.S. Olympic swimmer accused a former coach of the national team of sexually abusing her when she was 16, joining a chorus of young athletes in gymnastics and other sports who have come forward with similar allegations involving team officials.

Ariana Kukors, who represented the United States in the 2012 Olympic Games, said Sean Hutchison, then a coach for USA Swimming's national team, began "grooming" her for a sexual relationship when she was 13.

"I've realized that stories like my own are too important to go unwritten," Kukors, 28, said in a statement on Wednesday.

His swimming club, the King Aquatic Club in Washington state, said in a statement that the news "broke our collective hearts." Hutchison remained a club executive but had no "direct interaction with our swimmers for a very long time," the statement said.

Kukors, whom the club described as "part of the King Aquatic family," said she first met Hutchison through the club.

Investigators from the U.S. Department of Homeland Security have searched Hutchison's Seattle home, a department spokeswoman said, describing it as an investigation into "alleged online child exploitation," without giving further details.

"Much like the USOC knew about Larry Nassar years before his arrest and did nothing, USA Swimming had notice in 2010 that Sean Hutchison was involved in an inappropriate coach-athlete relationship with Ariana and took no actions to protect her or other swimmers," her lawyer Robert Allard said in a statement.

USA Swimming said in a statement it investigated in 2010 a report that Hutchison and Kukors had a sexual relationship in breach of the organization's code of conduct. Both denied a relationship at the time, and the case was closed.

The governing body said it first learned of the allegations of sexual abuse while Kukors was a minor for the first time when she went public this week. The group supported Kukors and was helping the investigation.

"We stand by her, and all other victims, in their quest to break their silence and confront their horrific experiences," the statement said.