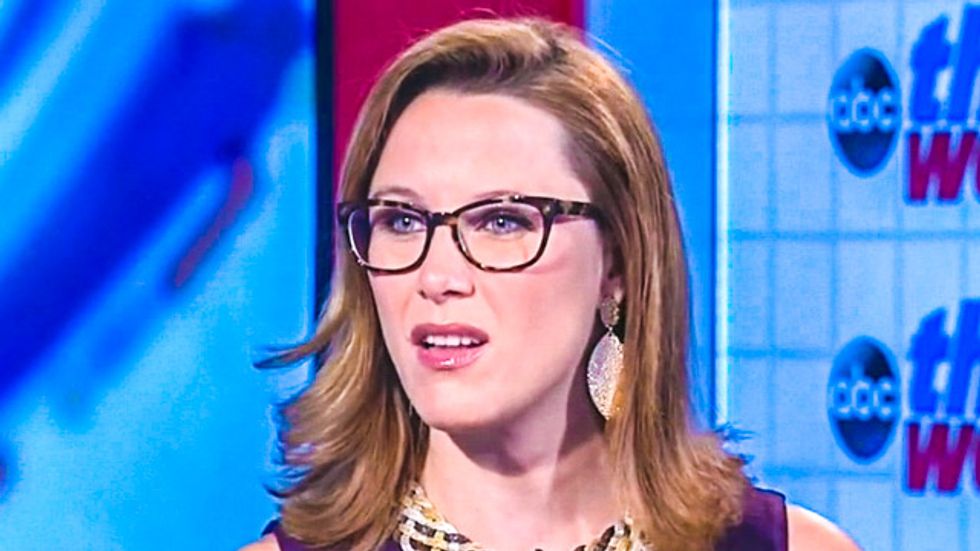 Conservative commentator S.E. Cupp conveyed a stunning reality on the Monday broadcast of her HLN show: Women are not safe at the White House and should stay home from work until they are.

"Every single woman in this White House should stay home until someone with some independent authority can promise them they are safe at work," she said.

Cupp's warning comes on the heels of two high-profile departures from the White House following allegations of domestic abuse.

First, Rob Porter, staff secretary, left when it was revealed his two ex-wives have accused him of physical and emotional abuse. Then speechwriter David Sorenson left Friday night after his ex-wife came forward saying he had run over her foot a car and burned her hand with a cigarette.

It's not just the fact that these two men worked at the White House until last week that's so shocking. Perhaps even more concerning is that it seems the White House was indifferent about whether it was employing abusers.

Reports suggest that chief of staff John Kelly knew the accusations against Porter were credible for months and did nothing. In fact, he defended Porter when the details first emerged.

Neither of the former employees appears to have been granted a full security clearance, and other staff background checks are reportedly unfinished.

Meanwhile, communications director Hope Hicks was reported to be in a relationship with Porter.

It's not clear if any high-ranking officials had information about the allegations against Sorenson, but Kelly's treatment of Porter hardly inspires confidence.

Jack Kingston, a Trump ally, defended the White House to Cupp, though he said it could have handled the fallout better. He pointed to Kellyanne Conway and Transporation Secretary Elaine Chao as powerful women within the Trump administration as evidence that women can feel comfortable in the White House.

Chao, however, has her formal office at the Department of Transporation, not the White House.

Even Kingston, while trying to defend the Whtie House, admitted that Trump has failed to clearly communicate support for the victims of domestic violence. Given that more than a dozen women have accused the president himself of abuse or harassment, maybe this shouldn't be much of a surprise.