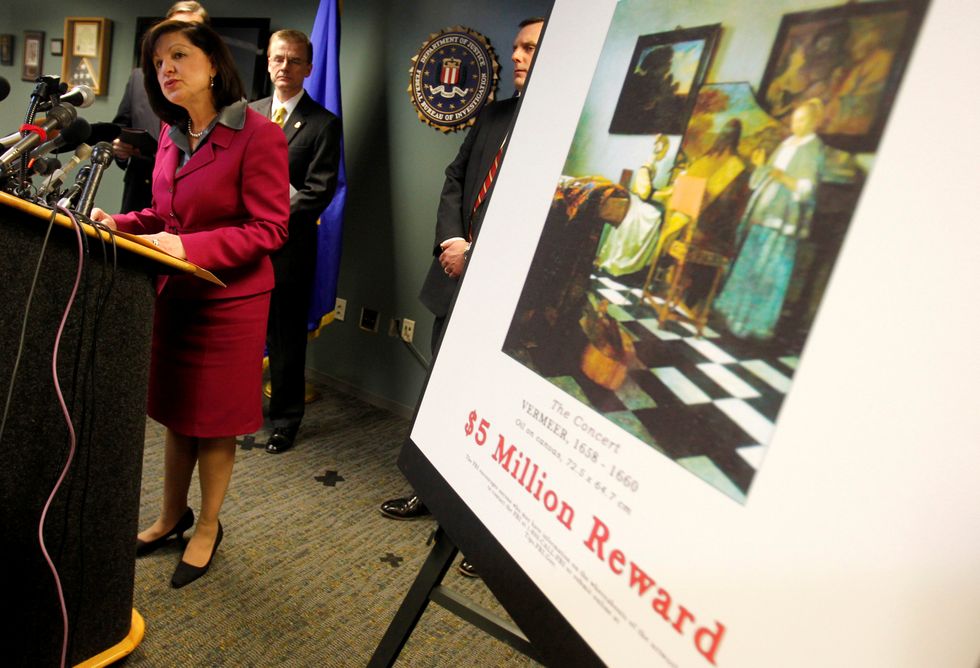 A West Virginia man pleaded guilty on Thursday to charges he fraudulently offered to sell some of the $500 million in artwork that was stolen from a Boston museum in 1990 and never recovered, even though he had no access to the paintings.

Todd Desper, 48, entered his plea in Boston federal court to wire fraud charges related to a scheme in which he offered to sell two paintings stolen from the Isabella Stewart Gardner Museum in the largest art heist in U.S. history.

Those paintings were Rembrandt's "Storm on the Sea of Galilee," and Vermeer's "The Concert," which were among the 13 artworks taken in a theft that remains one of the highest-profile unsolved crimes in Boston history.

Desper is scheduled to be sentenced on May 15. His lawyer did not immediately respond to a request for comment. The charge of wire fraud carries a maximum sentence of 20 years.

Prosecutors said Desper, using the alias "Mordokwan," from November 2016 to January 2017 offered the paintings for sale to foreign buyers using Craigslist and directed those interested to use encrypted email accounts to communicate with him.

The Federal Bureau of Investigation and the museum received tips about the paintings from people interested in helping recover the artwork and who were seeking a multi-million dollar award the museum was offering, prosecutors said.

At the direction of law enforcement, the museum's security director engaged in communications with Desper, who told him to send a cashier's check for $5 million to a location in West Virginia, prosecutors said.

But they said Desper, in fact, did not have the paintings and was instead engaged in a fraudulent scheme targeting foreign art buyers. Authorities arrested Desper on May 22, 2017, at his home in Beckley, West Virginia.

The Gardner heist was carried out by two men dressed in police uniforms who apparently overpowered a night security guard who had buzzed them in. The combined value of the 13 works of art is estimated at $500 million.

Due to a quirk in Gardner's will, the empty frames that held the paintings remain on the walls of the museum she built to house the collection she amassed with her husband.

The art must be displayed the way it was during her lifetime, preventing curators from hanging new works, and leaving a constant reminder of the theft.

(Reporting by Nate Raymond in Boston; Editing by Peter Cooney)