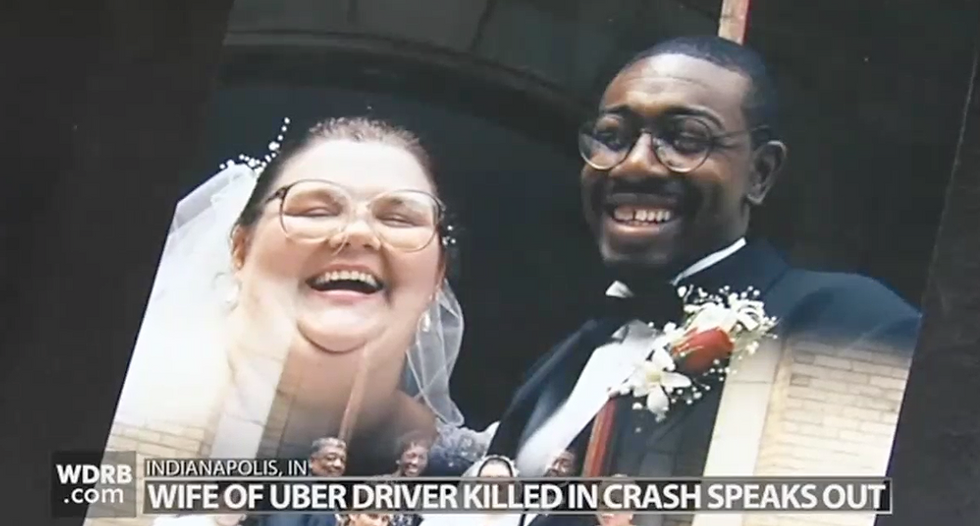 The wife of an Uber driver who was killed in a crash involving an undocumented immigrant slammed a Republican politician for using her husband’s death as part of his campaign, the Indy Channel reports.

Manuel Orrego-Savala was charged Thursday with the deaths of Braun and Monroe. Authorities say the undocumented immigrant’s blood-alcohol level was twice the legal limit. Braun used the case to “promote building the wall and ending chain migration,” the Indy Channel reports.

Deborah Monroe, who was married to Jeffrey Monroe for nearly 24 years, ripped the candidate’s decision to use her husband in his ads.

"You don't have a right to take other people's misery and use it for your own political gain," Deborah Monroe said. "That's just wrong - that's just downright wrong."

"His immigration status didn't kill my husband,” she added.

In a statement, Braun’s campaign said the candidate is “praying for th families of the victims.”

“Mike Braun believes that Washington needs to stop illegal immigration, build the wall, and keep criminal illegals like the one that killed Jeffrey Monroe and Edwin Jackson out of Indiana,” his campaign said.