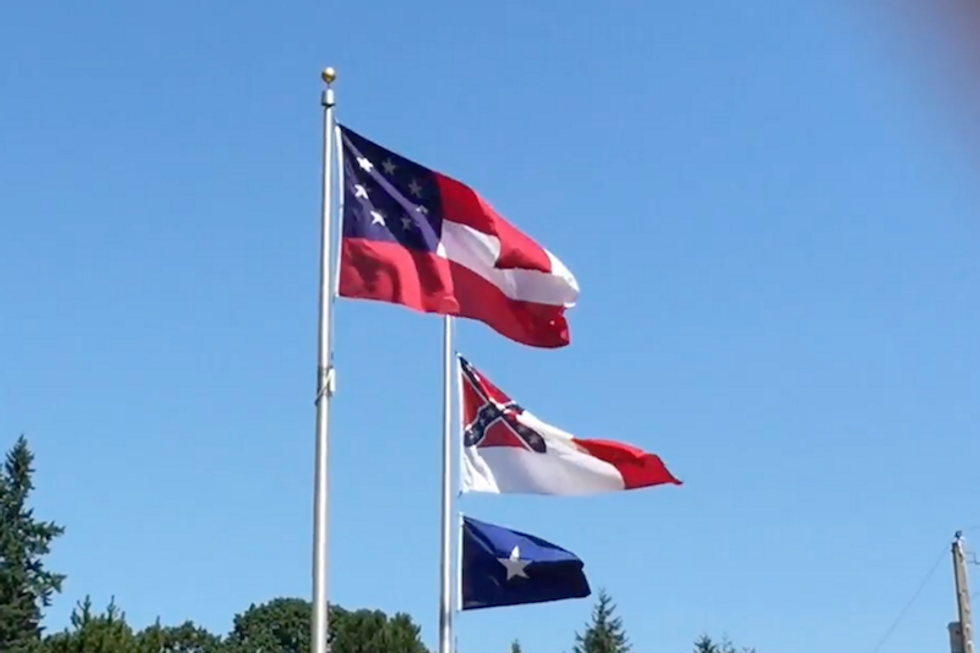 The flags that formerly flew over the Confederate monument/Screenshot

A Confederate monument in Ridgefield, Washington, a suburb of Portland, Oregon has been defaced for the third time in the past year.

This time, the flagpoles were broken into and three Confederate flags were slashed down, the Columbian reports.

The monument, which has flags and a stone monument placed by the United Daughters of the Confederacy, is in a private park named for Jefferson Davis. The interstate in conservative Southwest Washington was previously named for the Confederate president, but the quarter-acre park is all that remains.

In August, a reporter for the Portland Mercury posted fresh photos of the monument slathered in tar by Antifa. The monument was painted again a few months later.