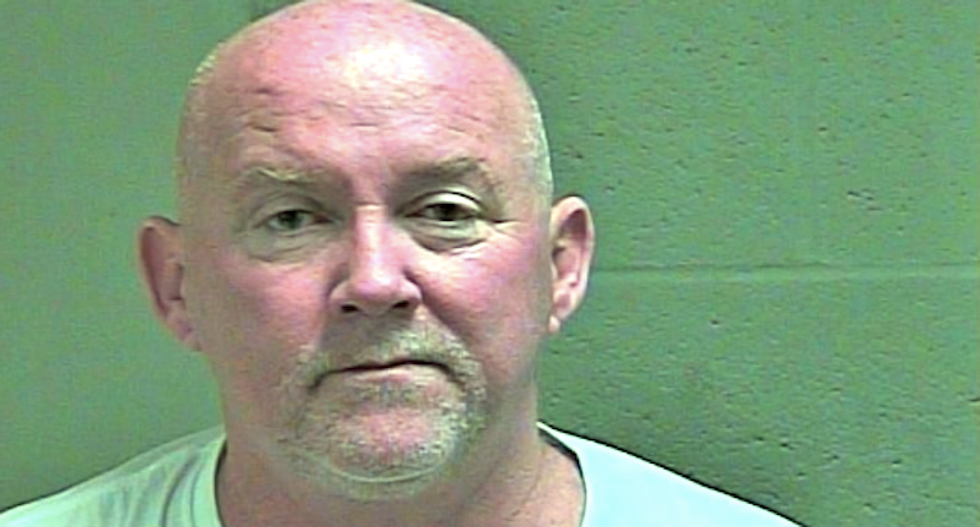 The head of an oil lobbyist group fought with police in Oklahoma when he was arrested on drunken driving charges.

Tim Wigley, president of the Oklahoma Independent Petroleum Association, was pulled over Tuesday evening after he pulled out of a restaurant parking lot in Oklahoma City, reported KFOR-TV.

Police said he stopped in the middle of an intersection for a red light and drove away after the light turned green, and officers said Wigley's eyes were red and his speech slurred during the traffic stop.

Wigley refused a Breathalyzer test, police said, and he was arrested on suspicion of drunken driving.

The oil industry lobbyist was taken to the Oklahoma County Jail, where police said Wigley became aggressive and uncooperative with officers.

Wigley cursed at police and grabbed an officer by the arm as he was booked into jail, according to authorities.

The lobbyist's Mercedes was impounded, and Wigley later bonded out of jail.

The industry group Wigley leads has not commented on his arrest or police claims about his actions at the jail.

It's not clear whether Wigley will face additional charges in connection with the alleged jailhouse altercation.